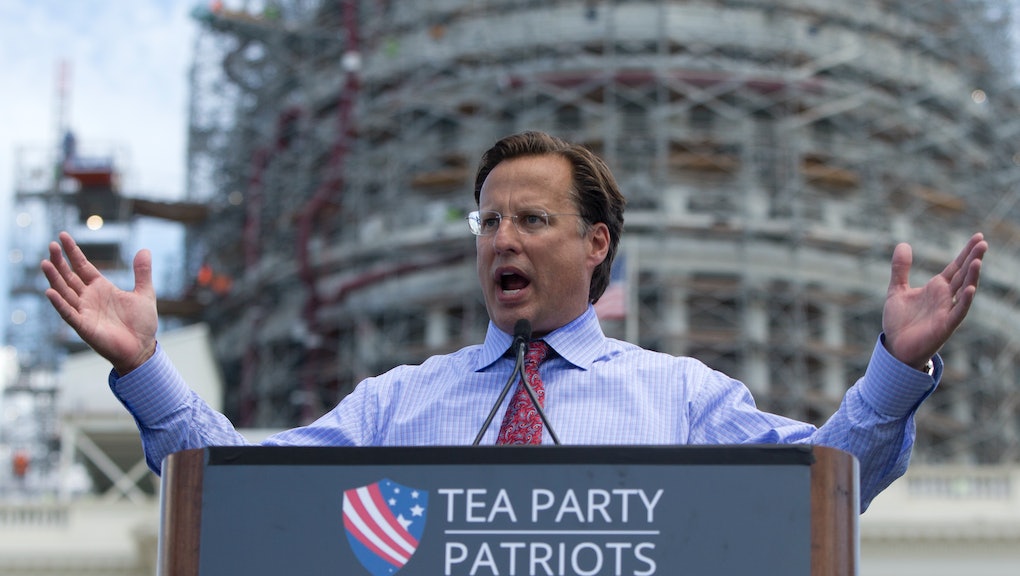 The Republicans own the Bible, in case you weren't up to speed.

Brat was particularly incensed at President Barack Obama referring to the Bible in his partisan comments and criticism of the Republicans.

"He's using the Christian tradition and trying to bring about compassion by bonking Republicans over the head with the Bible," Brat said. "It's almost a comedy routine on what compassion and love is. He's mocking his enemies in order to compel a larger federal state using the tradition of love.

Specifically, in November, Obama said, "Apparently, they are scared of widows and orphans coming into the United States of America," when criticizing the GOP for their unwelcoming stance toward Syrian refugees.

His comments have been interpreted by some as a reference to James 1:27 in the Bible, which reads: "Religion that God our Father accepts as pure and faultless is this: to look after orphans and widows in their distress and to keep oneself from being polluted by the world."

The parallel was a subtle jab at a party that has become increasingly evangelical, touting fundamentalist Christianity as the basis for much of their ideology, from women's reproductive rights to Social Security.

Clearly the only Democrat who can quote the Bible is the fictional Jed Bartlet: