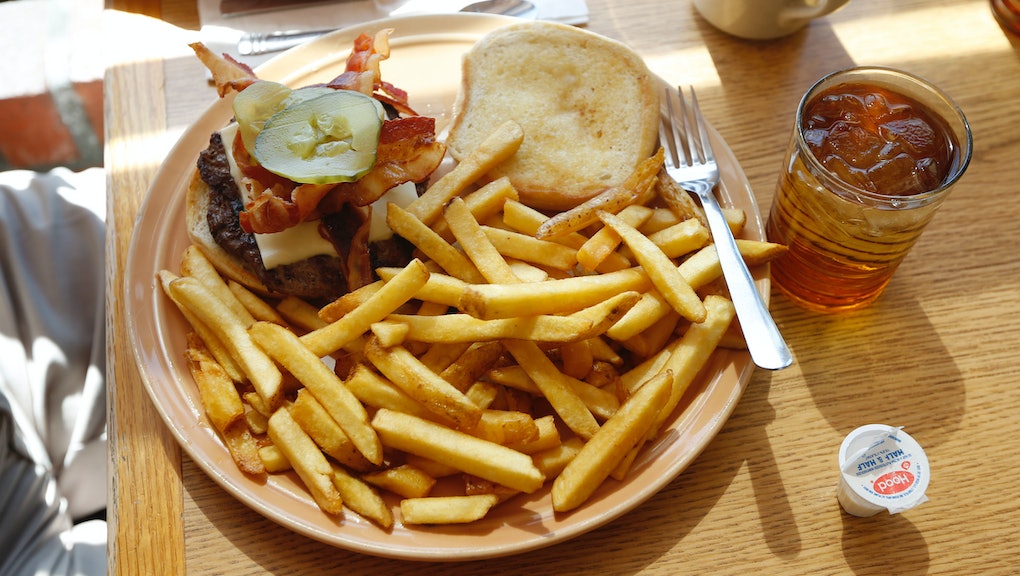 To Resist Cravings, Tell Yourself You'll Indulge "Some Other Time"

Have you vowed to never eat another chocolate-dipped potato chip ever again? It turns out, swearing off certain foods for good may not be the best way to keep your resolutions.

You're more likely to resist temptation if you tell yourself you'll indulge "some other time" than if you swear off the craveable item forever, researchers at Erasmus University and the University of Houston have discovered.

Their study, published in the Journal of Personality and Social Psychology, involved a series of four experiments on "unspecific postponement:" the practice of delaying the consumption of a certain food until some unspecified point in the future.

We know. Telling yourself you'll give in to a craving at some other time, as opposed to cutting out the food for good, seems like a terrible way to change your diet. But the researchers found the opposite was true.

In other words, when you casually postpone that cookie, cake or french fry to some other time, you end up convincing your brain that the food in question isn't particularly important to you.

In one of the experiments, for instance, researchers tracked participants' attention to a bowl of cookies while they completed a reading comprehension test. If their hypothesis proved correct, unspecific postponement would convince the participants they didn't want the cookies very much. As a result, they'd theoretically have better focus and be able to perform similarly, on the test, to folks who didn't have cookies shoved in front of their faces.

"Unspecific postponement enabled participants to perform as though the cookies were not even there," the researchers found. Just imagine how productive we could be, as a society, if we all believed snacks weren't real.