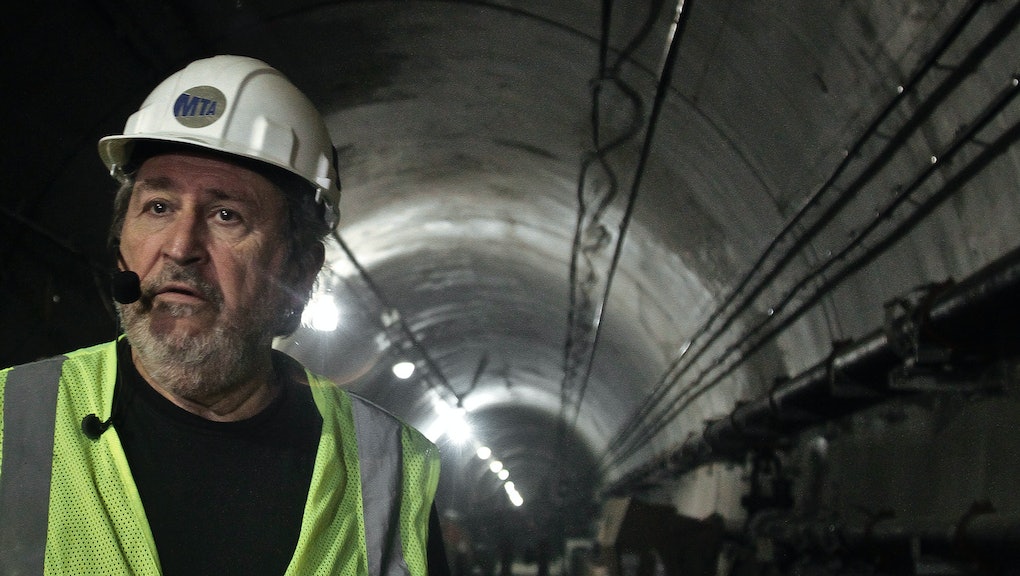 The Metropolitan Transportation Authority, better known as the MTA, may shutter the L train between Brooklyn and Manhattan for more than a year, which would have more than 300,000 riders looking for another mode of transportation. According to Gothamist, the damage done to the Canarsie Tube during the Hurricane Sandy flooding will force the MTA to make extensive repairs, and will need attention that will require the authority to shut down the tube for potentially 40 months. The MTA shut down the R train, which ran through the Montague tunnel, for 13 months due to Hurricane Sandy damage.

"Unfortunately we all knew this day would eventually come on the Canarsie line, because this is, once again, the legacy of Sandy," Director of Transportation Programs for the Regional Plan Association Richard Barone told Gothamist.

The announcement has upset residents of Brooklyn who use the L train rely on the line. Hundreds of thousands riders will now have to find another way into Manhattan. But MTA spokesman Adam Lisberg told Gothamist that a complete shutdown of the Canarsie tunnel "is one of several options that we're considering."

"We could do what we did with Montague, where we shut the train down for more than a year," said Lisberg. "We do all the necessary work around the clock, doing it as fast as humanly possible, and not forcing people to suffer through reduced service."

Although no plans have been made final, Lisberg believes that it would be best to combine the work as much as possible in order to have a negligible effect on riders.