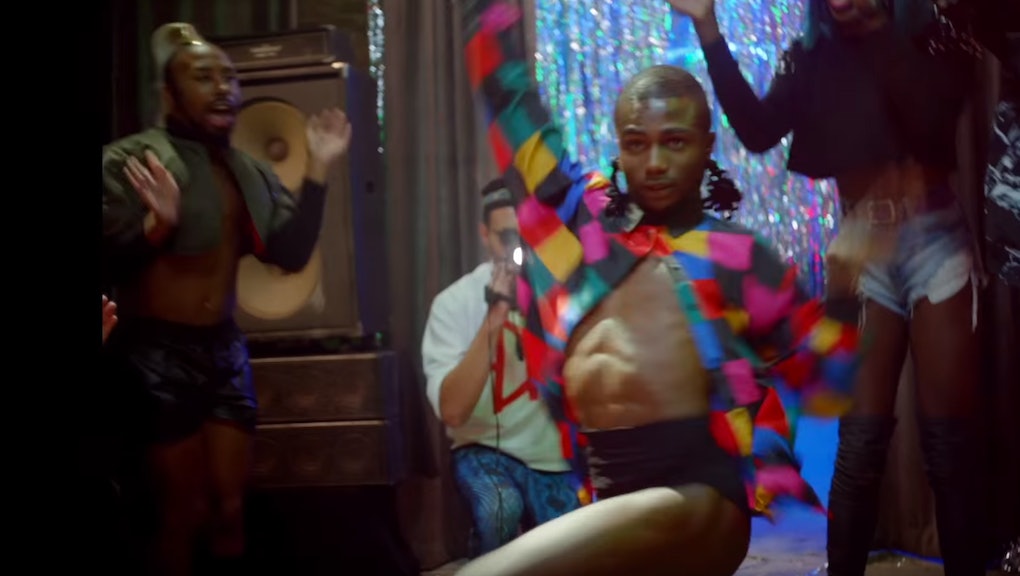 A new Axe body spray commercial is asking consumers to "find their magic," but there's plenty of magic in the commercial itself.

Dumping the machismo vibe that dominated earlier Axe commercials, the ad embraces all kinds of bodies, races and definitions of masculinity. The commercial even opens with a slight nod to the deodorant's earlier ad campaigns and let's the user know that those commercials are a thing of the past.

"A six pack?" the narrator says. "Who needs a six pack when you've got the nose?"

The commercial goes on to feature images of different types of men, many of them ones we're not used to seeing in an Axe commercial — or any commercial for that matter. Like this young man, who has "the fire," not a six pack.

Abs do come up in the commercial. The narrator, who announces in succession what makes a person unique, also shouts out men who "rock those heels." The commercial cuts to a group of stylish men of color, stomping in heels, voguing and posing at a ball while the judges flash high scores of "10."

Then, the announcer says you don't need heels, "when you ride those wheels," and the commercial cuts again to a man in a wheelchair dancing with his date at a prom.

And for all the unapologetic nerds out there, Axe did not leave you out. "Who needs looks when you've got books?" the narrators asks.

The commercial is a far cry from earlier Axe commercials that either showed macho men soaping up in the shower or images of war and finally-getting-the-girl moments. The commercial ends with Axe's new tagline: "Find Your Magic." Thankfully, after years of over-the-top masculine commercials, it seems like Axe has found theirs.

Watch the ad in full below.