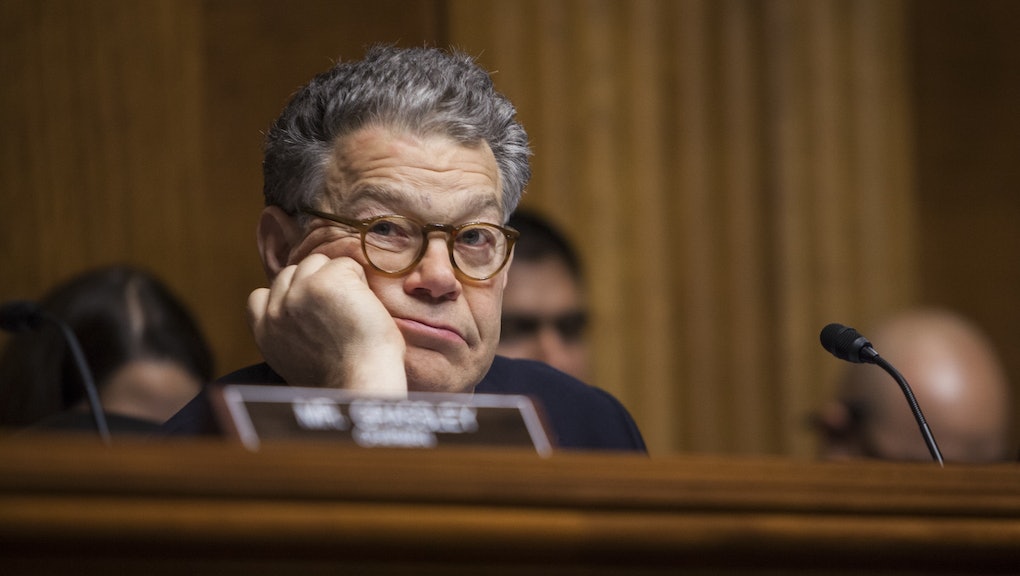 Sen. Al Franken Wants to Know What Google Does With All Its Data on Schoolchildren

All across the country, school districts are allocating thousands of dollars to outfit their students with Chromebooks — shiny new laptops that wire students into a fabric of useful apps and services that bring the classroom into the 21st century. But it's a fabric owned and maintained by one company: Google.

Privacy hawks are increasingly nervous about what Google is doing with all of that personal data that children as young as kindergarten age are feeding into its databases. It's a back-and-forth: Google insists it's doing nothing wrong, while activists say there's no way of knowing as long as Google is unclear about precisely what its own rules are, especially when students are using their laptops for non-educational purposes.

On Wednesday, Minnesota Sen. Al Franken stepped in, writing a letter addressed to Google CEO Sundar Pichai asking Google to shine a light on what it does with all that student data.

"I am concerned that this collection of data may enable Google to create detailed profiles of the students and ultimately target advertising to them or use the profiles for other non-educational purposes without the student's knowledge," Franken wrote.

The letter asks a set of definitive and clarifying questions, like, "Can you describe all the contexts and ways in which both school administrators and parents of students using google for Education products and services have control over what data is being collected and how the data are being used?" and whether or not Google has been sharing student data with third parties.

The suspicion of Google Apps for Education started when the Electronic Frontier Foundation, a digital rights watchdog, filed an FCC complaint claiming that Google was violating its legally enforceable student privacy pledge not to store and use data for non-educational purposes. Unlike how Google aggressively leverages its user data for advertisements, GAFE services aren't supposed to track data for ads.

Still, the EFF complains, there's no way of knowing that Google isn't following students when they sneak away from educational tools and over to YouTube.

"In short, while Google should consider stronger policies and continue to improve its transparency, the company's current educational offerings do not, in my view, warrant alarm."

Google could certainly be more transparent about exactly how it uses its data. But the accusation doesn't rest on a particular breach of privacy or provable infringement. Instead, the EFF is accusing Google of "deceptively [tracking] students' internet browsing."

Aaron Rieke, director of tech policy projects at civil rights consulting firm Upturn, published a Medium post saying that some of the GAFE programs highlighted by the EFF are just inoffensive, essential features that makes Google's services useful to students. It's a reasoned, choose-your-battles message from Upturn, a firm that's plainly not concerned about shilling for Google considering its damning prior dives into the way Google handles payday lending advertisers.

"In short, while Google should consider stronger policies and continue to improve its transparency, the company's current educational offerings do not, in my view, warrant alarm," Rieke wrote.