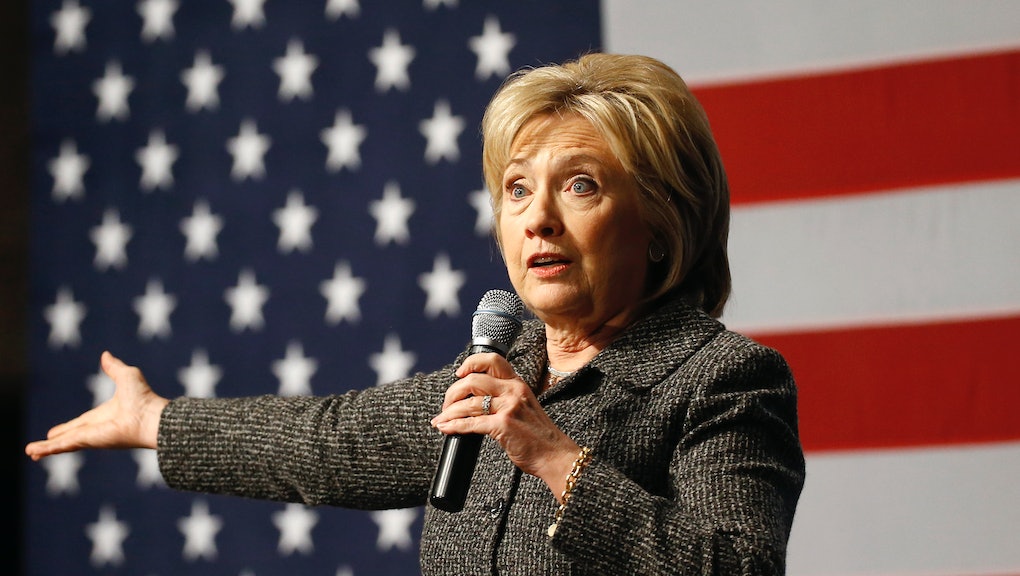 2016 Primary Elections: Where the Candidates Stand Heading Into Primaries

With the first major electoral event of the 2016 presidential race, the Feb. 1 Iowa caucus, fast approaching, a plethora of polls have been conducted to measure the races for party bids in Iowa, New Hampshire and on a national level. Of course, forecasting the race — especially on the national scale — is a difficult task, one that has left a myriad of options for who may earn the Democratic and Republican nominations in 2016.

The national outlook: The Democratic race, regardless, is much more simple. It's a two-horse race between former Secretary of State Hillary Clinton and Vermont Sen. Bernie Sanders. Clinton leads in the national polls, with the latest NBC News/SurveyMonkey poll released on Tuesday showing that she has 52% support among likely Democratic voters, compared to 37% for Sanders. She has the overwhelming support of many influential members of the party establishment; she holds 457 total points to Sanders' 2 points in FiveThirtyEight's metrics on endorsements. According to FiveThirtyEight, the candidate with the most endorsements is historically the likely nominee, which gives Clinton an overwhelming edge.

However, Sanders still holds the lead in favorability. According to the Huffington Post, Sanders has a positive favorability rating in nine of 10 of the most recent national polls, whereas Clinton and current Republican frontrunner Donald Trump hold negative ratings in all 10 polls. While Sanders' favorability hasn't yet translated into positive predictions across national polls, it could help him pull ahead if he performs well in Iowa and New Hampshire.

On the Republican side, the situation is far more murky, with the likes of Trump, Florida Sen. Marco Rubio, Texas Sen. Ted Cruz and former Florida Gov. Jeb Bush all contending in some way, shape or form. For Trump, it comes back to his national numbers. In the NBC News/SurveyMonkey poll, he has 38% support among GOP voters — up three points from the previous week. And in the latest national poll by Quinnipiac University, released on Dec. 22, Trump has 28% support to Cruz's 24%.

Though Cruz doesn't hold a lead in endorsements or national polls, he is a competitive second to Trump. What's more, he has firmly positioned himself as a far-right, conservative candidate, but one that won't have the same censorship issues as the real estate mogul. "Tonally, Cruz comes across as aggressively and unapologetically conservative — a less controversial and more electable version of real estate magnate Trump," Chris Cillizza wrote for the Washington Post.

For Rubio and Bush, their lead in endorsements from Republican leaders will be a potential gateway for success in the primaries. According to FiveThirtyEight's endorsement metrics, Bush and Rubio hold the most among GOP hopefuls, with 46 points and 43 points respectively.

The Iowa caucus: In Iowa, though, Sanders is surging on the left. The senator has created an impressive turnaround in the Hawkeye State, as he holds 49% support with Democratic voters to Clinton's 44%, according to the latest Iowa poll by Quinnipiac University released on Tuesday. Peter A. Brown, assistant director of the Quinnipiac University Poll, said in the Quinnipiac University statement  he believes the momentum Sanders has gained is due to Iowans viewing him as a "better fit" based on their needs.

"Iowa likely Democratic Caucus-goers see Sanders as better able to handle the economy and climate change, two important issues for Democrats and a key asset for him in the home stretch," Brown said. "The Democratic race is different than the GOP contest because it lacks a divisive tone. Iowa Democrats like both major candidates personally; they just like Sen. Sanders more."

Conversely, the latest Bloomberg Politics/Des Moines Register poll from Thursday shows Clinton with a two point edge over Sanders. It is, however, an impressive turnaround for the senator.

Sanders' support in Iowa has continued to grow — a year ago, he polled at 5% to Clinton's 56%.

For Republicans, Iowa has become a heated battle between Trump and Cruz, as both hold favorable numbers. In the Iowa Republican Caucus poll by Quinnipiac University released on Monday, Trump has a two point lead over Cruz, and 31% overall. While Cruz holds more traction  among GOP voters for his "honest and trustworthy" qualities, Trump is seen as the better candidate to handle "key issues."

However, FiveThirtyEight's Iowa caucus forecasts give Cruz a 51% chance to win in Iowa, compared to just 29% for Trump. The metrics for the Iowa caucus are measured through an allotment of 65 polls, but according to FiveThirtyEight's Nate Silver, it's because Cruz's Iowa polls "exceed his national polls," and the "opposite is true for Trump."

New Hampshire primaries: New Hampshire is still a conflicting state to declare a likely Democratic winner, as both Sanders and Clinton hold their merits. According to FiveThirtyEight's primaries forecast for New Hampshire, while Sanders holds a favorable lead in the polls, Clinton's massive endorsement edge could still propel her to a narrow win. Still, it's leaning toward Sanders.

"If Clinton keeps falling in New Hampshire and Iowa polls instead of rising, the establishment may not be able to bail her out, and she'll have to contemplate the possibility of being swept in both states," Silver wrote.

Trump still holds a comfortable lead in New Hampshire, as the latest national poll released on Monday by Monmouth University shows the real estate mogul backed by 32% of likely Republican voters, with Cruz his closest competitor at 14%.

"It's looking more and more unlikely that Trump will be toppled from his perch," Patrick Murray, director of the independent Monmouth University Polling Institute, said in a statement. "The real fight is for second place." According to polling data compiled by Sam Wang of the Princeton Election Consortium, if Trump wins New Hampshire it would put him in a similar position to Al Gore and George W. Bush in 2000 and Mitt Romney in 2012 — in other words, with candidates who won their respective party's endorsements.