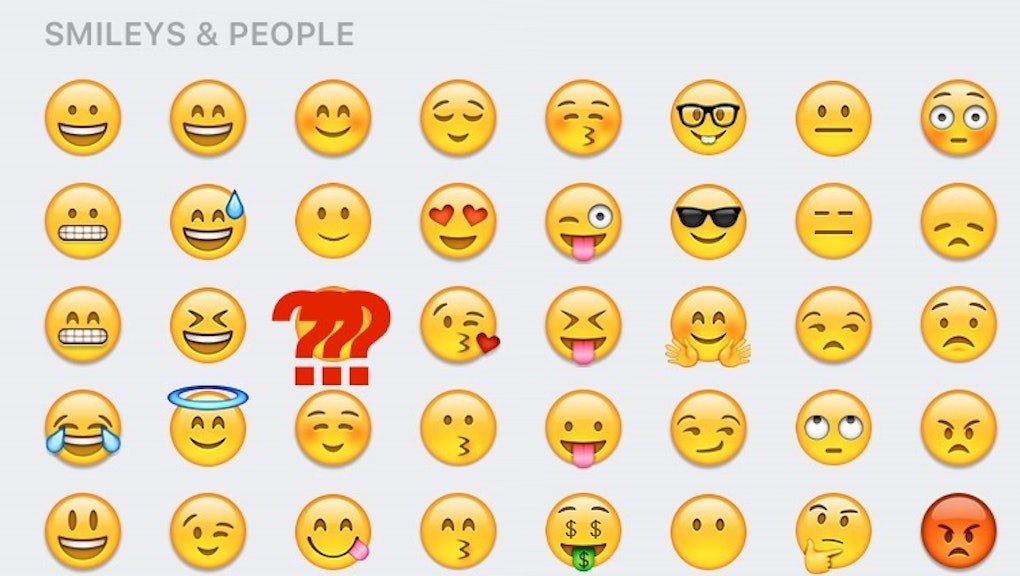 For a while now, we've had what seemed like the perfect digital descriptor for just about any situation. It's called the "shruggie," and its knowing, sideways smirk and raised arms denote a particularly impeccable kind of "fuck it all" attitude. Go on a date with another loser? Shruggie. Boss being a colossal pain? Shruggie. Family giving you grief about every single one of your life choices? You know what to do.

Yet as good as it is, the typed-out version of a shrug has been around for a while, and recently, the shruggie has started to feel a little tired. Its role as a universal response has begun to render it trite, and some had started to wonder if it was time for something new.

That "something new" has arrived, and it's brought a nihilistic change to the way we communicate. It is, of course, the upside down smiley face emoji.

Look at it. Doesn't it make you feel delightfully apathetic toward just about everything?

The supreme beauty of the upside-down smiley face is that, like the shruggie, it's terrifically versatile. It screams indifference, but it can also connote the feeling that the world is falling apart but you still have to wake up in the morning. Or that someone has pissed you off, but you're smiling because you like bathing people in passive aggression.

The one downside is that it doesn't have a physical representation. The shruggie is easy to convert to real life; the emoji, not so much. (Unless you're great at headstands.)

For our digital selves, the vacant-eyed little yellow guy is the way to go.