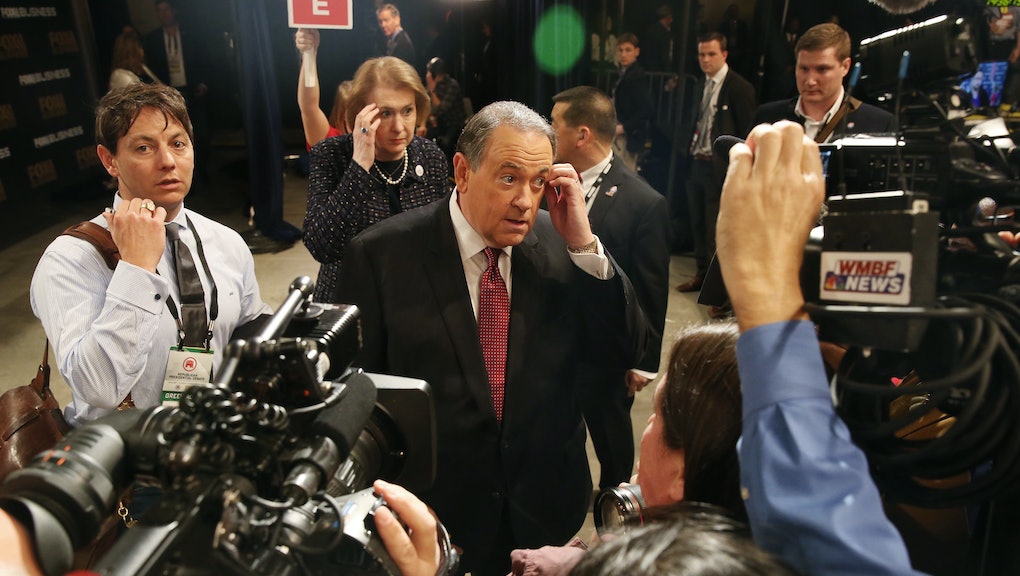 Thursday night marked the sixth Republican presidential debate, and an important event for the candidates as it was the first real showdown in election year 2016. Fox Business Network hosted the debate at 9 p.m. in North Charleston, South Carolina. Yet ahead of the main stage debate, Twitter users had plenty to share concerning the year's first gathering of Republican presidential hopefuls. Though a lot of measured, intelligent points and useful data were shared on social media in the hours leading up to the main event, no small amount of heckling also surfaced.

Here's a roundup of some of the best heckling Twitter users could muster before the debate:

Some users evoked classics film characters and TV personalities to express their opinion of the candidates:

While others ranged from the perverse (Mike Huckabee talked about prayer)...

...to the utterly bizarre:

Others still were out for blood: