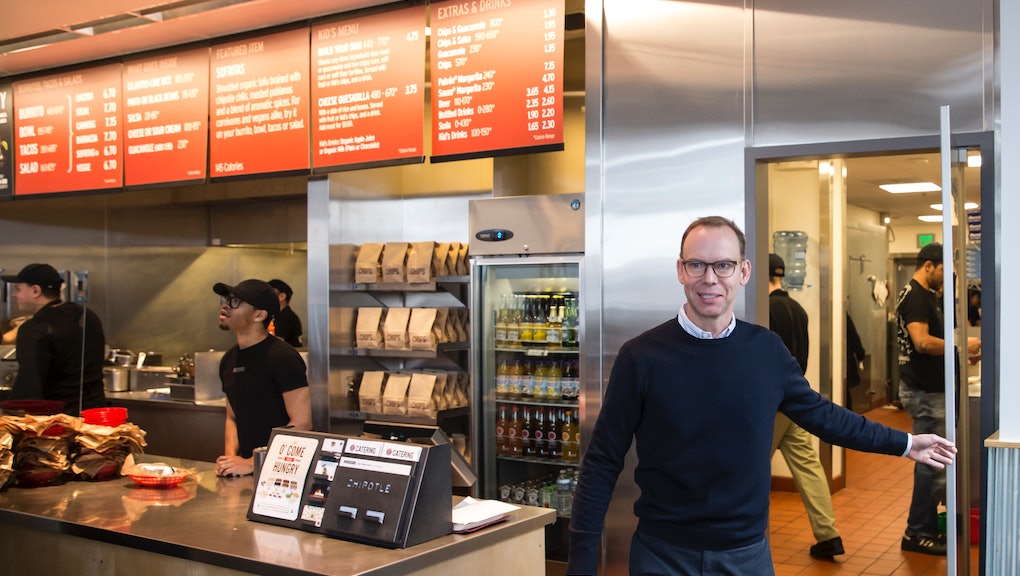 Is Chipotle Closing? Restaurant to Shutter All Stores on Feb. 8 for One Day — Here's Why

The rise and fall of Chipotle has been one marked by E. coli outbreaks, declining stock and bad press. In a last attempt to check itself before it continues to go under, the fast-casual company will be closing all of its almost 2,000 stores for a few hours on Feb. 8 for a company-wide meeting, CEO Steve Ells said in a conference call on Wednesday, E! Online reported.

The move is part of a new marketing campaign to regain consumers' trust, which includes more food safety practices. "I'm confident we'll recover from this and win back our customers," Ells said, according to the Wall Street Journal.

Prior to the conference call, Chipotle executives had met with the Centers for Disease Control and Prevention to figure out how soon an end to the health scare could be declared.

Reports of E. coli began to surface back in October, when at least 22 people reported cases of it after eating Chipotle. In December and after a few more outbreaks across the nation, the Centers for Disease Control and Prevention started an investigation. As of Dec. 18, there were 53 reported cases in nine different states, including New York, Washington and Ohio.

Health officials say the outbreak was most likely caused by bad produce, though that's not fully determined, leading the CDC to confirm that the case is not exactly closed, the Journal reported.

Since the first few cases in October, Chipotle's stock has dipped about 37%, according to the Journal. Chipotle financial chief Jack Hartung said that the company will take this year to invest and fix its "messy" earnings and profit margins, the Journal reported.

But news of the campaign did bring its shares up by 5.7% in one day, the Journal reported on Wednesday. Regardless, it looks like many people's lunch plans may be affected on Feb. 8.