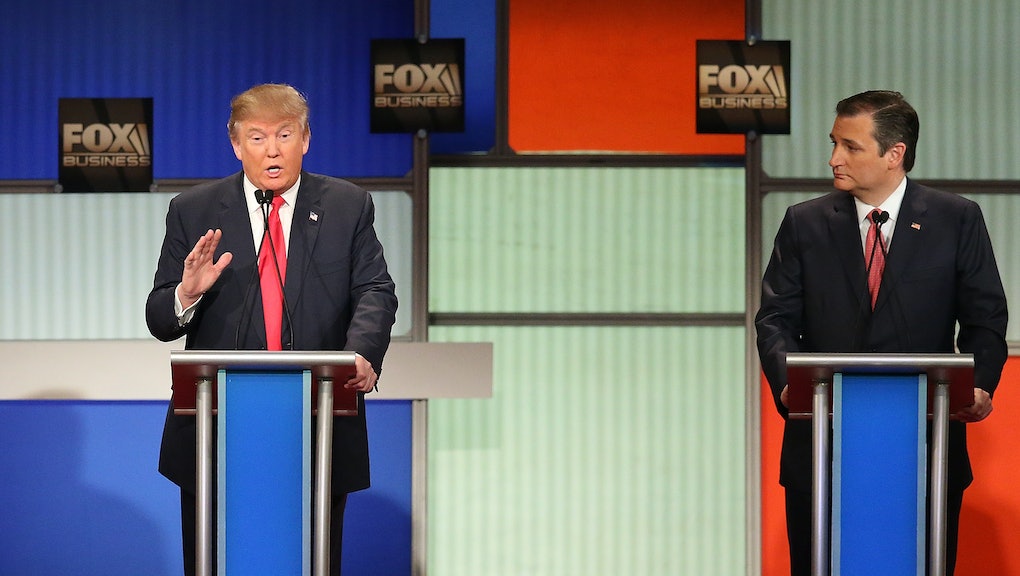 During Thursday's Republican debate in South Carolina, a question about Sen. Ted Cruz's eligibility to serve as president set off one of the most brutally personal exchanges of the entire election to date.

"But I was born here," Trump broke in, looking peeved. "Big difference."

"On the issue of citizenship, I'm not going to use your mother's birth against you," Cruz said, trying to take the high road.

"Because it wouldn't work," Trump retorted.

Trump admitted that he was questioning Cruz's eligibility only because the Texas senator has been rising in the polls.

Watch the whole back and forth here: