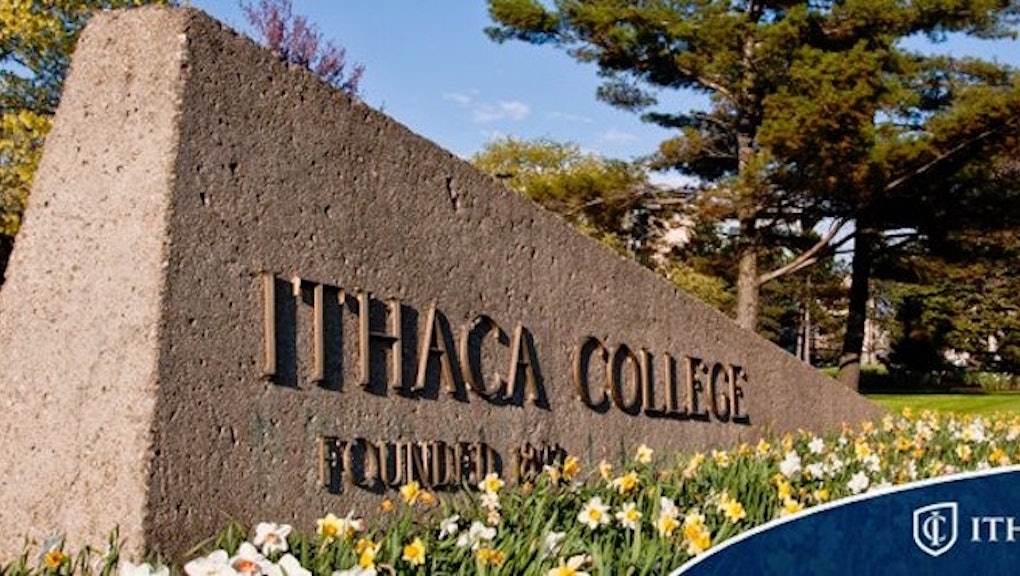 In the fall, college students decided the time for quietly tolerating racial injustice on their campuses had come to an end. Protests emerged at colleges across the country, in some cases even forcing administrators and presidents to resign — most recently including Ithaca College's president, Tom Rochon, who announced his resignation Thursday.

"After much reflection over the winter break, I have decided to retire from the Ithaca College presidency effective July 1, 2017," Rochon wrote in a statement published on the Ithaca website, adding that "colleges evolve through eras defined by new opportunities and challenges."

Yet Dominick Recckio, Ithaca College's student body president, told Mic that Rochon still failed to address the issues campus activists previously raised or "acknowledge or take responsibility for a lot of the issues he caused."

"I believe that this moment at Ithaca will allow us to look forward," he said. "We've spent so much time in the past four or five months looking backwards, looking at all the issues that have persisted and proliferated," he added, noting that the community hopes the college's new president will "serve the Ithaca community instead of asking the Ithaca community to serve them."

Protests on campus: The challenges to which Rochon refers likely include November's "solidarity walkout," in which hundreds of students participated to expose "all the injustices students of color face on this campus and other colleges nationally," according to the Facebook description of the event. The primary organizers of the event, a group called People of Color at Ithaca College, even specifically called for Rochon to step down, Mic's Zeeshan Aleem reported. It was a call that apparently reflected a widespread sentiment: 72% of students who participated in a poll conducted by the Ithacan newspaper in November voted that they had "no confidence" in Rochon.

While Ithaca College said the percentage of "African, Latino(a), Asian and Native American (ALANA) students" has almost doubled to 20% during the eight years of Rochon's leadership, students made it well known that sheer increase in students of color has hardly led to a more equitable experience overall. Students specifically protested racial tension between students and public safety officers, racist remarks from alumnae, and racist attitudes evident in Greek life, Recckio told Mic.

But Ithaca College Board of Trustees chair Tom Grape, who graduated from the school in 1980, and vice chair David Lissy, who graduated in 1987, apparently don't see the issue as quite so one-sided.

"At times during the unrest on campus last fall, some community members engaged in personal attacks, promulgated misinformation and promoted tactics on social media that sought to harm our college," they wrote in a statement published Thursday. Going forward, they added, "disagreements" on campus must be "aired through civil discourse" and asked the community to "develop a statement of values" so that "the campus will be better prepared to pursue our common goals around diversity and inclusion."

A growing number of resignations: Protests regarding racial injustice on campuses across the country indicate that plenty of students feel the time for a "statement of values" has passed and the call for their administrators' resignations warranted. The University of Missouri's President Tim Wolfe resigned in November after students organized protests, and one went on a hunger strike, in response to the discrimination they experienced on campus. A dean at Claremont McKenna College also stepped down in November after similar protests occurred on her campus.

But it seems Rochon and Ithaca's student body can agree on one thing: The next president, Rochon suggested in his resignation, should be "chosen by the board specifically to make a fresh start on these challenges, including those that became so apparent to us all last semester."

Perhaps the board will take this advice and students will receive the change for which they've clearly and deliberately called.