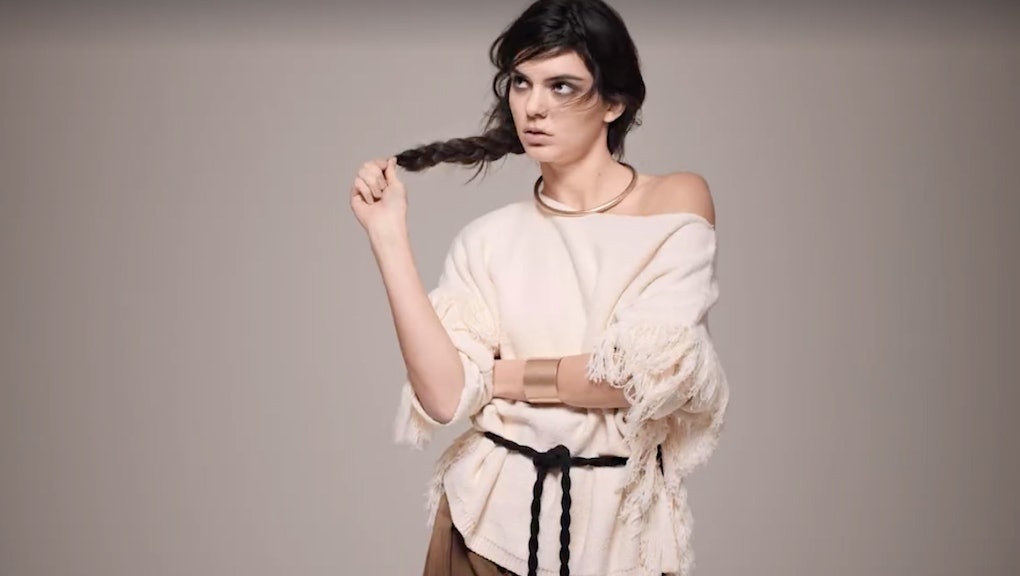 Kendall Jenner's "Tribal" Ads for Mango Have Pissed People Off

Earlier this week, Mango announced in a press release that reality star-turned-top-model Kendall Jenner is the face of its Spring 2016 collection. That's no big surprise, given her growing empire and massive social media following.

The problem lies in the name of theme of Jenner's campaign: "Tribal Spirit."

Almost immediately, people reacted negatively to the name as well as the decision to cast Jenner, who is white, in the ads.

In one of the images from the campaign, Jenner appears in a leather dress with fringe. While the outfit's inspiration is vague, it seems to be the word "tribal" that's really gotten Jenner and Mango into hot water. According to Women's Wear Daily, the "Tribal Spirit" collection is inspired by the African savanna and includes a "tribal print" dress and a leather fringe minidress.

"We thought that she was the best model to embody this trend," Daniel López, Mango's vice president, told WWD. "And obviously the upside with that is that, as a model, she's very professional, she works fantastically. As a celebrity she has huge repercussions in the market and among her followers."

But social media following aside, some fans don't think she's the ideal model to embody a trend based on Africa.

Much like Junya Watanabe's African-inspired runway show in June that included no black models and Valentino's show in October that basically did the same thing, it doesn't sit well with people when a white model is given the job of repping Africa, as Jenner is supposedly doing here (especially when there are already so few black models given a shot by the fashion industry).

Moreover, there's the issue with describing clothes as "tribal," a vague word that seems to reduce countless tribes of people — in Africa, in North America, wherever — to one stereotypical look.

But Mango's not shying away from the word, as the brand's video featuring Jenner, which was posted to Facebook and Instagram, shows. The words "tribal spirit" flash on the screen about every three seconds.

As of writing, Mango has not yet responded to Mic's request for comment.