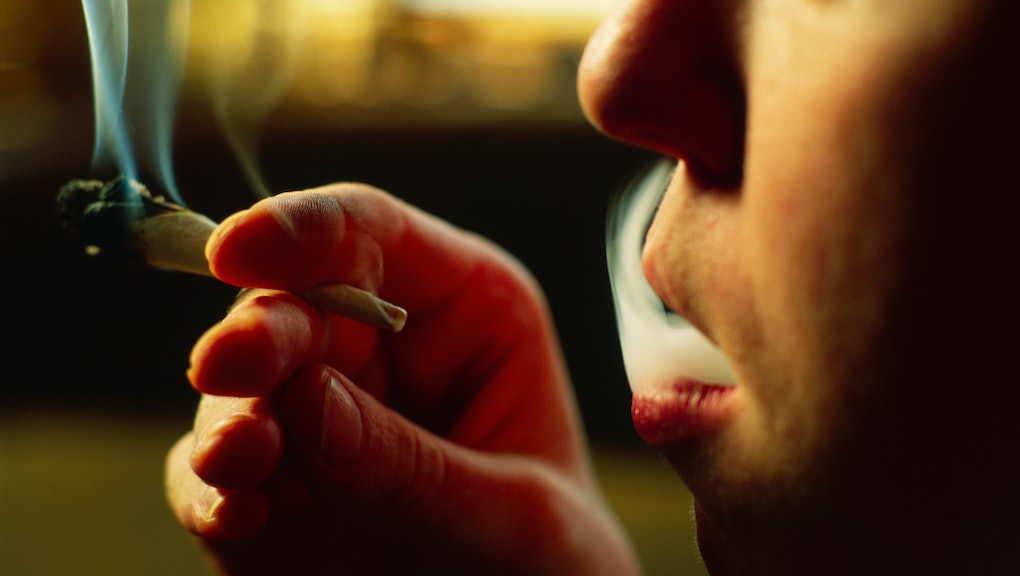 Good News for Everyone Who Smoked Weed as Teenagers: It Didn't Lower Your IQ

Let's face it: Thanks to a slew of Hollywood stereotypes, stoners aren't exactly known for their, well, intelligence.

But while weed may give you some short-term lapses in judgment, recent scientific research has some encouraging news about the drug's long-term effects on mental acuity.

The study, published in the Journal of Psychopharmacology, found that teenagers' marijuana usage was not associated with their IQs or educational performances.

"I hope the study will demonstrate that the evidence to suggest cannabis use can lower your IQ is not as clear-cut as people might think," author Claire Mokrysz told Mic via email.

To conduct their study, Mokrysz and her fellow researchers analyzed data on 2,235 teenagers collected by the Avon Longitudinal Study of Parents and Teenagers. By age 15, around 24% had tried weed at least once, and around 3% had done it at least 50 times.

Let's start with the bad news: Teens who'd ever used cannabis — even fewer than five times — had "lower teenage IQ scores and poorer educational performance" than those who'd never done it, the researchers found.

Those findings are in line with previous studies — like this one, from 2012 — suggesting a link between cannabis use in adolescence and lower IQ later in life.

Here's the twist: Sure, teens who'd used weed had lower IQs. But we can't assume the cannabis itself is causing lower intelligence.

"Because people who choose to use cannabis likely differ in many ways to those who choose not to, it's hard to work out whether it's cannabis causing differences in cognition and IQ, or whether it's something else about the groups that is leading to these differences," Mokrysz said.

Cannabis users, for instance, also tend to have "higher rates of childhood behavioral problems, childhood depressive symptoms, other substance use (including use of cigarettes and alcohol) and maternal use of cannabis during pregnancy," according to the study.

Given those other factors, Mokrysz and her team adjusted the data for those group differences — and found that whether a teen had used weed by age 15 was not a predictor of her IQ level.

"It looks like there is some other difference — or, most likely, differences — between cannabis users and non-users that is accounting for their differences in IQ — rather than their cannabis use," Mokrysz said.

"However," she added, "from this kind of study, we cannot know what this difference may be."