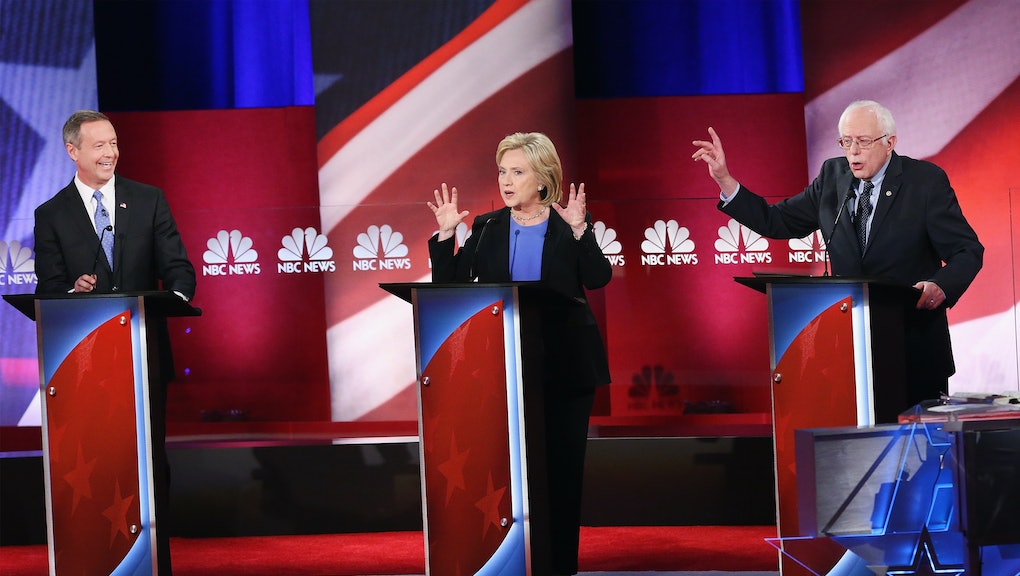 The Sunday Democratic debate was essentially a face-off between Vermont Sen. Bernie Sanders and former Secretary of State Hillary Clinton with side commentary from former Maryland Gov. Martin O'Malley. O'Malley, who's consistently struggled financially and in the polls, also struggled to get a word in at the NBC/YouTube debate Sunday, sparking empathy and other commentary from the Twittersphere.

Many expected Clinton and Sanders to be the focus of Sunday's debate as the gap in their poll numbers has tightened — but many tweets show viewers thought O'Malley wasn't being given a fair chance to present his arguments. Others, however, shared the opinion that it's pointless for O'Malley, who's polling at 2.3%, to participate in the debate at all.

Tweets about O'Malley's lack of speaking time ranged from, "I'm not sure why he hasn't been given a fair shot," to, "Letting Martin O'Malley speak at this debate is like when you let a child finish its nonsensical story." In sum, viewers collective response seemed to be, Yes, O'Malley got shafted, but what's he doing on stage anyways?