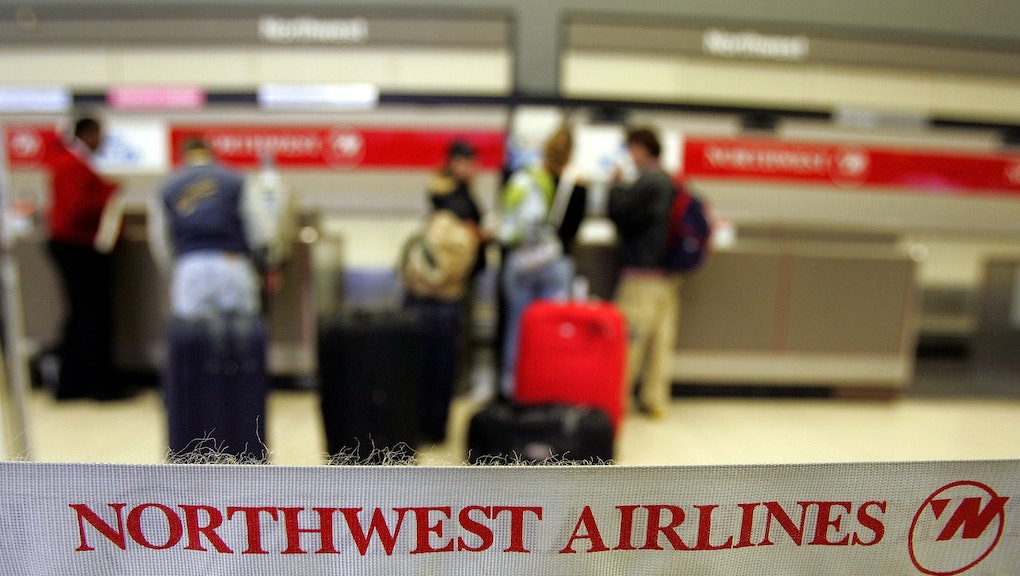 Airport workers  on Monday began picketing at several airports across the country to draw attention to wage disputes. Strikes and rallies were slated for Monday to coincide with Martin Luther King, Jr. Day, a federal holiday, at at least nine U.S. airports, according to the Washington Post.

Seattle-Tacoma International Airport was among the earliest airports to see workers picket, according to local news sources. Strikes and rallies were reportedly planned for Boston, New York, Newark, Philadelphia, Miami, Chicago and Portland, the Post reported. Workers said they planned to picket through airport terminals, block bridges and protest out front of airline headquarters.

Before his assassination in 1968, King Jr. supported striking sanitation workers who demanded a decent wage and safety standards in Memphis, Tennessee and announced that he would be leading the Poor People's Campaign, a fight for economic justice. "We've got to give ourselves to this struggle until the end," King Jr. said in his iconic 1968 speech, "I've Been To The Mountaintop." "Nothing would be more tragic than to stop at this point in Memphis. We've got to see it through."

"These men and women are calling for real change at all these airports in the hopeful and visionary spirit of Dr. Martin Luther King," Jaime Contreras, head of 32BJ Service Employees International Union for the Washington area, told the Post. "We are protesting what we already know is a gross injustice and humiliating working conditions."

Airport workers taking part in the demonstrations are seeking a $15-an-hour minimum wage, a benefits package, job protections and support in their efforts to unionize, according to the Post.

The protests will look differently across the country. In Portland, protesters have planned to march through the airport terminal and drop a banner from a bridge at the Alaska Airlines terminal, while airline protestors in Boston and Newark plan to march past ticketing agents and security, which may lead to arrest.

"Enough is enough," wheelchair attendant Onetha King Jr. told The Washington Post. "We have rallied at City Hall, delivered petitions to contractors, and even gone on strike three times. We deserve the basic dignity that Martin Luther King demanded for workers over 50 years ago."