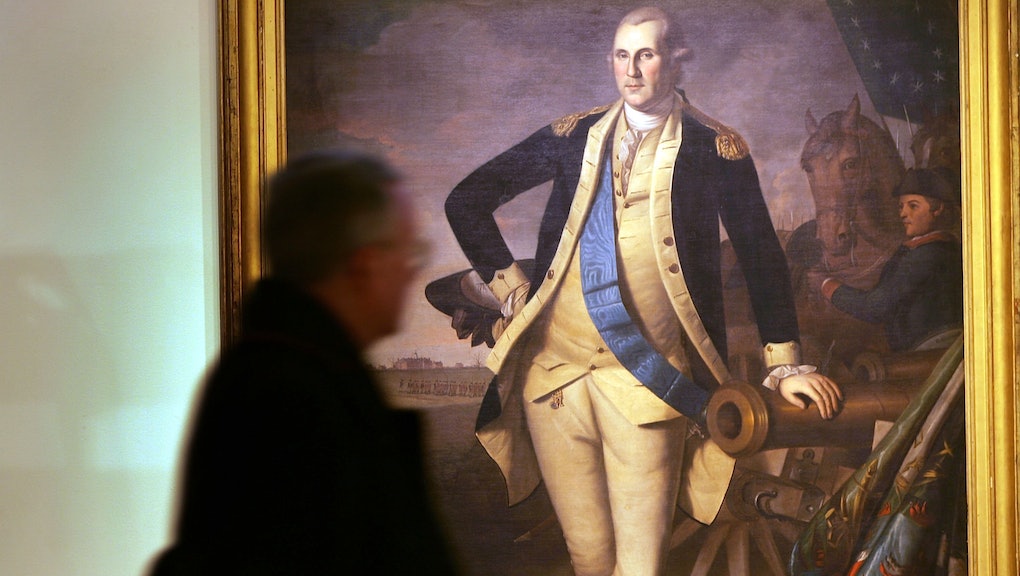 Scholastic pulled the plug Sunday on its controversial children's book, A Birthday Cake for George Washington after it published on Jan. 5. The decision follows waves of criticism from readers, who said the book glossed over slavery's gruesome aspects, instead presenting an altogether rosy version of a particularly brutal period in national history. The book tells the story of two slaves who cheerfully set about securing a missing ingredient for a birthday cake they're making for their master; Scholastic issued a statement Sunday on the reasoning behind halting the book's distribution:

"While we have great respect for the integrity and scholarship of the author, illustrator, and editor, we believe that, without more historical background on the evils of slavery than this book for younger children can provide, the book may give a false impression of the reality of the lives of slaves and therefore should be withdrawn.

A Birthday Cake for George Washington was written by Ramin Ganeshram, author of Stir It Up and FutureChefs. It was edited by Andrea Davis Pinkney who, the Guardian reported, won a Coretta Scott King award for African-American children's literature in 2013. In a Scholastic blog post, Pinkney wrote that A Birthday Cake for George Washington "illuminates Hercules' purposeful work as a chef and the pride young Delia feels at the tremendous achievements of her father." It represents "a way in" for parents and teachers looking to talk about the institution of slavery with children, she said.

In another statement, Ganeshram said the story is the product of years' worth of research at Washington's home and in the field of culinary history; it exposes the conflict between the miserable state of being enslaved and the ability to take pride in one's achievements. She warns against allowing the "constant cruelty" narrative surrounding slavery to wash out the stories of those who leveraged their skill to their advantage.

"With this in mind, we must be extremely careful about substituting old tropes for new ones," her statement reads. "In the sadly not-so-distant past, enslaved people were often depicted in children's literature as childlike, foolish, or happily insensible of their condition."

Take, for example, the book description: The copy featured on the publisher's website first refers to Washington's slaves as "servants," rather than slaves — servants who are "buzzing about," "scurrying around the kitchen preparing to make this the best birthday ever." Washington's cook — "Hercules, a slave" — has been charged with baking his birthday cake, a task in which he "takes great pride," according to the copy. This year, though, he faces "one problem" — he's out of sugar. Enlisting the help of his daughter, Delia (also a slave, and the story's narrator), he sets about finding the missing ingredient.

The book description says the story is meant to highlight a loving father-daughter relationship, even as it hints at "an unspoken, bittersweet reality" with which Hercules and Delia must live: "No matter how delicious the president's cake turns out to be, Delia and Papa will not taste the sweetness of freedom."

A sentiment that reads as an afterthought and an understatement, and left the book's audience generally dissatisfied. The School Library Journal said that the story was "a troubling depiction of American slavery," adding that "young readers without sufficient background knowledge about the larger context of American slavery may come away with a dangerously rosy impression of the relationship between slaves and slave owners."

It was the widespread reader reaction to this out-of-context portrayal that fueled a Change.org petition calling for the book's removal from retailers' shelves, inspired backlash from the Twittersphere and ultimately, led Scholastic to halt distribution of the children's book.