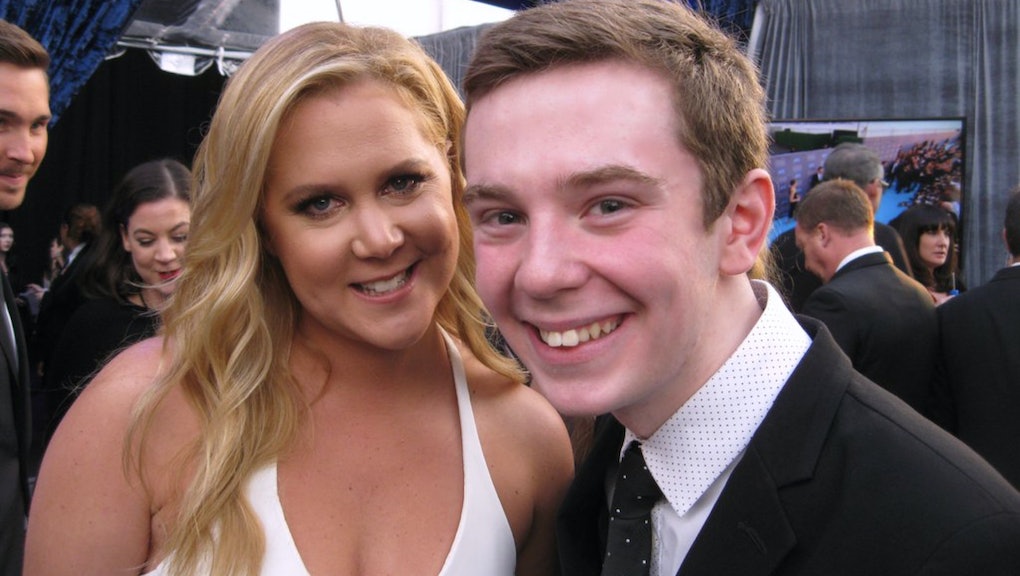 Here's a tip: If you're looking to up your Q score in Hollywood, throwing shade on one of the industry's biggest household names is perhaps not how it's done.

"Kid critic" Jackson Murphy, who runs the website Lights-Camera-Jackson and has offered up his cinematic musings on TV, mugged for a photo with the comedian at Sunday night's Critics' Choice awards red carpet. Riding high on his superstar moment, Jackson posted the photo Monday on Twitter, replete with a rather bold dig.

"Spent the night with @amyschumer," the 17-year-old wrote. "Certainly not the first guy to write that."

Not 30 minutes later, Schumer caught wind of the post and was not amused, striking back with a tongue-in-cheek shout out to his famous father, Canadian sportscaster Dan Murphy.

Schumer's fans shared in her disgust:

Murphy, who has spent much of his short career fielding potshots (see also: Howard Stern's 2010 rant about Jackson, who he called "a freak") and courting controversy when he made a slave joke while wishing happy birthday to 12 Years a Slave actor Chiwetel Ejiofor, swiftly apologized — twice — and deleted the offending tweet.

But the damage was done.

Someone wash this kid's mouth out with soap.