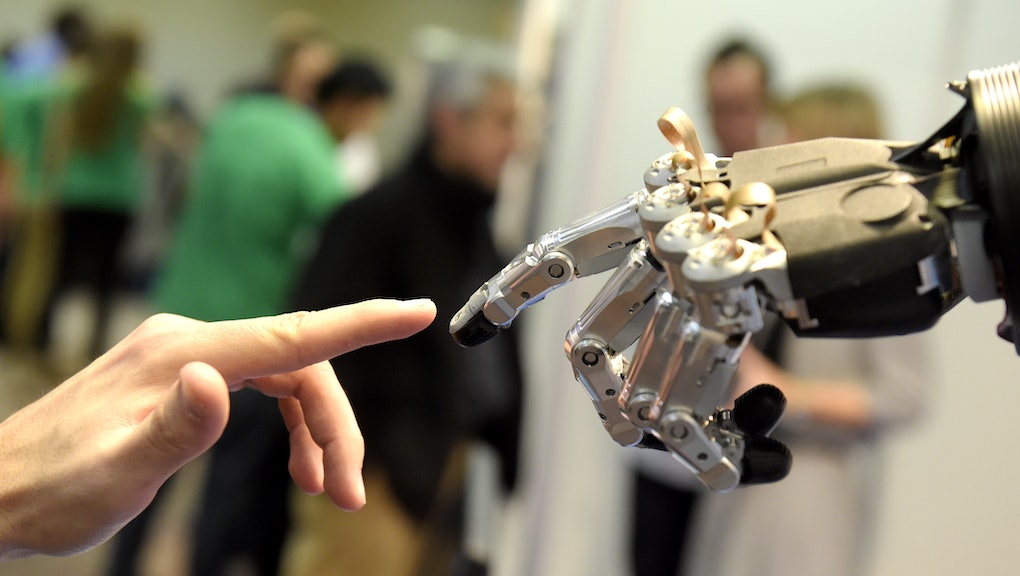 Every time someone predicts a robot overhaul of the workforce, the deadline for the automation revolution keeps inching closer. This time, it's only four years away.

The World Economic Forum published an exhaustive paper on Monday called "The Future of Jobs." The report says we're on the cusp of the "Fourth Industrial Revolution," a time when hardware 3-D printing, biotech and nanotechnology will reshape the world, and the "sharing economy" allows us all to cast off the shackles of traditional, salaried jobs for contractor work.

Leading off the report is a new statistic, among many, when it comes to robot-induced unemployment — this Fourth Industrial Revolution could eliminate 5.1 million jobs by 2020.

"While the impending change holds great promise, the patterns of consumption, production and employment created by it also pose major challenges requiring proactive adaptation by corporations, governments and individuals[...]" the report says. "As entire industries adjust, most occupations are undergoing a fundamental transformation."

The WEF's report is full of recommendations for how managers and corporate executives can best take advantage of the positive trends that technology is bringing to the economy. But the implications are bleak and the report echoes the recent smattering of reports that pop up every few months: the idea that all of this innovation could lead to a worst case scenario involving, as the report says, "talent shortages, mass unemployment and growing inequality."

"[W]omen are at risk of losing out on tomorrow's best job opportunities while aggravating hiring processes for companies due to a restricted applicant pool and reducing the diversity dividend within the company."

Robots don't care about your gender. But that doesn't mean that everyone will be affected evenly. It's been estimated that men will suffer much worse in the new economy than women, because the fields most ripe for job automation are fields that are predominantly male, like driving and construction, whereas fields like home patient care are relatively safe.

The problem is the rebound from those job losses. The new jobs created by this alleged Fourth Industrial Revolution would be in STEM fields — architecture, computer science, engineering — that are currently dominated by men.

The WEF report says that men will get one job back for every three lost, where women will only get back 1 in 5. The report credits "unconscious bias among managers" and "lack of role models" as the most significant barriers to gender parity across the board, and has a slew of suggestions for how to prevent that inequality, like promoting higher work-life balance.

"The conclusion is clear," the report says. "If current industry gender gap trends persist and labour market transformation towards new and emerging roles in computer, technology and engineering-related fields continues to outpace the rate at which women are currently entering those types of jobs, women are at risk of losing out on tomorrow's best job opportunities while aggravating hiring processes for companies due to a restricted applicant pool and reducing the diversity dividend within the company."