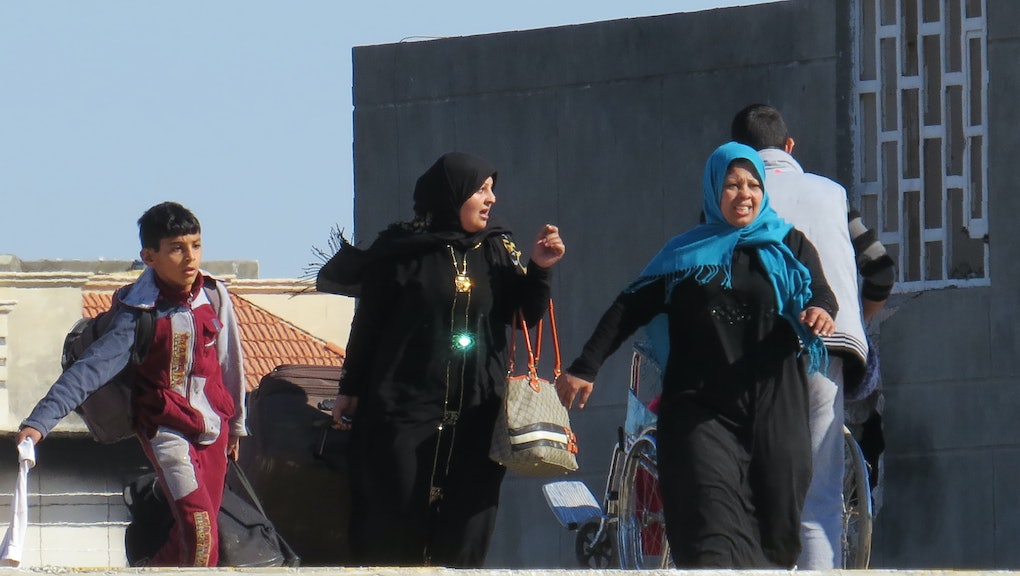 Nearly 19,000 Iraqi Civilians Have Been Killed in 21 Months, UN Says

Between January 2014 and October 2015, at least 18,802 Iraqi civilians were killed, according to a new report by the United Nations Assistance Mission for Iraq and the Office of the High Commissioner for Human Rights.

The report, released on Tuesday, finds the Islamic State group, also known as ISIS or ISIL, is largely responsible for what could be potentially classified as "genocide." It also reported 36,245 civilian injuries and found more than 3.2 million people were internally displaced.

Over the 21-month period, the terrorist network, which has established a caliphate in large swaths of Iraq and Syria, killed locals using a number brutal methods, including setting people alight, throwing them off buildings, bulldozing them and placing people in cages before submerging them in water. The executions are frequently done in public to encourage locals to capitulate.

The findings also detail ISIS' systematic human rights abuses, such as the sexual enslavement of women and the forcible recruitment of children in order to use them as soldiers.

The U.N. estimates approximately 3,500 civilians, the majority of whom are women and children, are currently being held as slaves by ISIS.

"The violence suffered by civilians in Iraq remains staggering," reads the report. "The so-called 'Islamic State of Iraq and the Levant' ... continues to commit systematic and widespread violence and abuses of international human rights law and humanitarian law. These acts may, in some instances, amount to war crimes, crimes against humanity and possibly genocide."

The report quotes Jan Kubiš, Special Representative of the U.N. Secretary-General, who called on the international community to intervene earlier this month.

"Despite their steady losses to pro-government forces, the scourge of ISIL continues to kill, maim and displace Iraqi civilians in the thousands and to cause untold suffering," Kubiš said. "I strongly reiterate my call to all parties of the conflict to ensure the protection of civilians from the effects of violence."

Who is to blame? Many regional specialists and politicians have credited the Iraq War with the rise of ISIS: The atomization of a centralized government created a vacuum which allowed ISIS to flourish.

Even former British Prime Minister Tony Blair admitted partial responsibility for supporting the U.S.-led invasion. "Of course you can't say those of us who removed Saddam in 2003 bear no responsibility for the situation in 2015," Blair said in October, the Wall Street Journal reported.

And according the New Yorker's Dexter Filkins, it was the Bush Administration's decision to atomize the Iraqi army after the invasion which played a considerable role.

"Overnight, at least two hundred and fifty thousand Iraqi men — armed, angry and with military training — were suddenly humiliated and out of work," wrote Filkins. "In a stroke, the Administration helped enable the creation of the Iraqi insurgency."

Some official Iraqi security forces were found guilty of contributing to the human rights abuses across the country. These are the very same forces propped up by the American military, which furthers U.S. complicity in Iraq's current sociopolitical landscape.

This relationship also complicates the question of accountability.

"The international community ... should continue to closely follow the situation in Iraq with a view to ensuring that perpetrators of gross violations and abuses of human rights and serious violations of international humanitarian law are held accountable," U.N. High Commissioner for Human Rights Zeid Ra'ad Al Hussein said, according to the report.

However, imposing humanitarian law in what is currently a largely lawless region will be an enormous — and perhaps impossible — task.