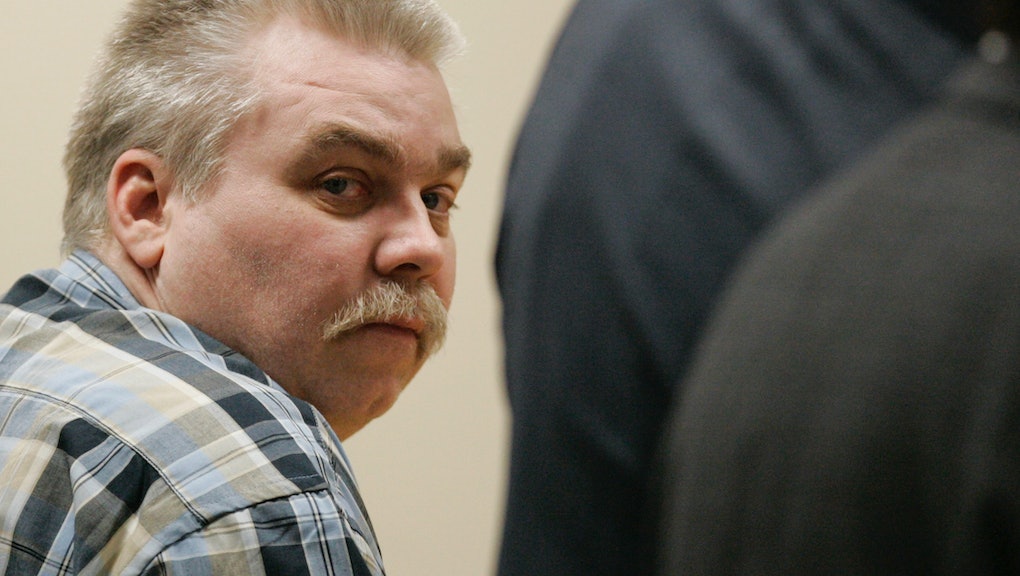 The case behind the hit docuseries Making a Murderer, which aims to question the American criminal justice system, is also in another medium: the written word. Titled The Innocent Killer, was released in the United States in 2014 by the American Bar Association and according to the Chicago Tribune has been picked up by Penguin Random House for a U.K. release on Thursday. The book could add more spark to the already heated debate of Avery's innocence, but unfortunately for Avery, the author openly thinks Avery is guilty.

Manitowoc County, Wisconsin, prosecutor Michael Griesbach penned the book to inform people about the criminal justice system, rather than fight for a case against Avery, the Tribune reported. Like the Netflix series, the book follows Steven Avery's 1985 false conviction for the rape of Penny Beerntsen, his exoneration in 2003 and then his 2005 arrest for the murder of Teresa Halbach.

"What's interesting is they say, correctly, that truth is elusive in the Steven Avery case," Griesbach told the Chicago Tribune on Friday. "And it really is. [But] they sort of adopt what they believe to be the truth. And they present it as the truth. And the disturbing part is they don't present it even close to thoroughly. And I understand that TV, and dramatic portrayals, you're going to approach it with a specific angle. But I think they went overboard."

Griesbach was on the team that freed Avery after his wrongful 18 years in prison for the Beerntsen case, and actually appears in the first episode of the series, the Guardian reported. But he insists that "lightening did not strike twice."

Griesbach said he disagrees with the idea that evidence was planted against Avery, though the directors insisted that was not their intent, according to the Guardian. Instead, the evidence, such as the blood and DNA found on Halbach and Avery's properties and possessions should prove him guilty, the Chicago Tribune reported. "All those things as a prosecutor, usually when I have a case with that kind of strong both physical evidence and circumstantial evidence, it's the kind of case that guilt is just so obvious," he said to the Tribune.

Laura Deacon, an editorial director for Windmill Books, said she was "thrilled" to come across Griesbach's book, saying it "challenges the justice system and sheds additional light on the case that has gripped the entire world," according to the Guardian.

Beernsten, who was the assault victim in the first crime, said the book is "about tragedy, but it's also about hope," the Guardian reported.

Since the series premiered in December and hooked viewers nationwide, the hype around Avery has yet to settle. Audiences have been fighting for Avery's innocence and freedom through petitions. Many, from Avery's attorneys to his ex-girlfriend, have voiced their opinions on the complicated case. Griesbach said that he wouldn't be surprised if a new trial is filed, according to the Tribune.

Below is a video of Griesbach speaking about Avery's wrongful conviction: