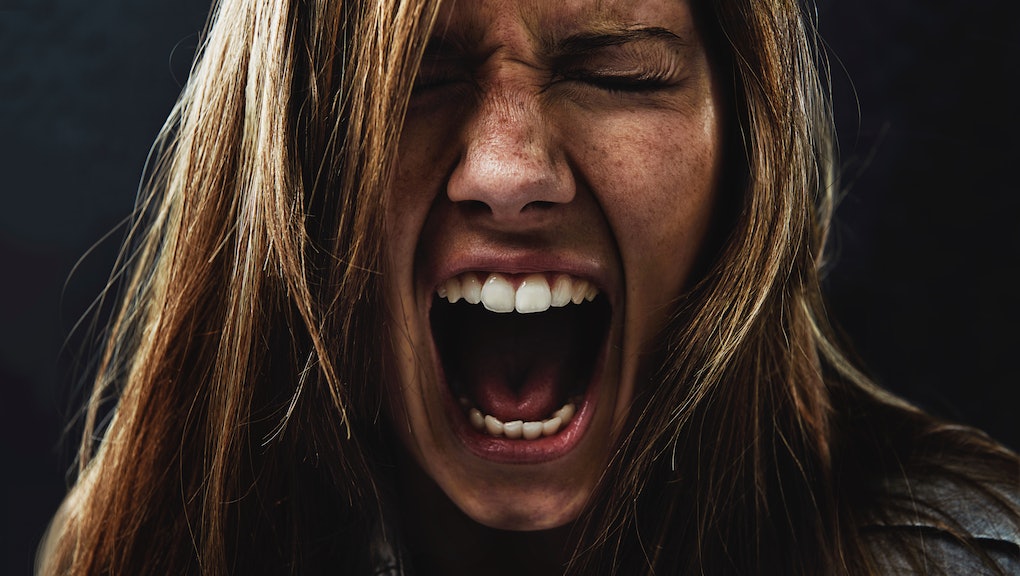 What happens to your brain cells when you're high on coke? Researchers at the Johns Hopkins University School of Medicine explored the effects of cocaine on the brains of mice, and the findings were disturbing. Their study, set to be published in the Proceedings of the National Academy of Sciences, found new evidence that cocaine makes brain cells in mice commit suicide by, more or less, eating themselves.

Autophagy is the natural process by which our cells clean out — or digest — unwanted debris stored inside bag-like structures called vacuoles. Normally, it's good for our cells. But when the mouse brains were exposed to cocaine, the process accelerated and began spinning out of control — ultimately resulting in cell death.

Even scarier: The researchers also detected this out-of-control autophagy in the brain cells of mice whose mothers were exposed to cocaine during pregnancy.

"A cell is like a household that is constantly generating trash," Prasun Guha, lead author and postdoctoral fellow at Johns Hopkins, wrote in the release. "Autophagy is the housekeeper that takes out the trash. ... But cocaine makes the housekeeper throw away really important things, like mitochondria, which produce energy for the cell."

Over time, that aggressive autophagy can kill neurons, a major cell type in the brain, Guha told Mic via email. "Use of cocaine is not encouraged," he said, adding that his study should "alarm the cocaine users that chronic use of cocaine may weaken up neuronal health, leading to multiple neurological disorders."

Those disorders include memory loss and cognition defects, he said.

The findings are a missing puzzle piece. In 1990, the Johns Hopkins research team found that brain cells communicate using a gas called nitric oxide, the press release said. In 2013, they found that cocaine-induced cell death had something to do with an interaction between nitric oxide and an enzyme called GAPDH. But they still didn't know exactly how the cells were dying.

"Cocaine makes the housekeeper throw away really important things, like mitochondria, which produce energy for the cell."

Dr. William D. Stanley — Medical Director of Serenity at Summit Behavioral Health, an addiction treatment center in New Jersey — told Mic he is "not surprised" by the recent findings.

"We have known for years that cocaine, a stimulant, has had a negative effect on cells," Stanley said via email.

Sadly, cell death isn't the only harmful health effect of cocaine use, as Stanley pointed out. "We have noted cardiac effects from the drug, including heart attack and heart failure," he said. Other long-term effects could include weight loss, dementia and psychiatric complications including paranoia, psychosis and auditory hallucinations, he said.

Here's what comes next for the John Hopkins research team. Now that the researchers know the truth about cocaine — that it makes brain cells voraciously chow down on themselves, pretty much — they can better search for ways to combat cocaine's toxic effects.

The researchers already knew that a compound called CGP3466B disrupted those deadly interactions between nitric oxide and GAPDH. This time around, they tested the compound's ability to halt cocaine-induced autophagy, and found that it "protected mouse nerve cells in the brain from death by cocaine," the release said.

"Since cocaine works exclusively to modulate autophagy versus other cell-death programs, there's a better chance that we can develop new targeted therapeutics to suppress its toxicity," Maged M. Harraz, a research associate at Johns Hopkins and lead co-author of the paper, said.

Though Guha and his team still need to conduct further research, the findings involving CGP3466B are "promising," he told Mic. "It can rescue cell death."

For now, it's good to know cocaine use in the U.S. in on the decline. In 2013, the number of users aged 12 or older was 1.5 million, according to the National Institute on Drug Abuse. That's lower than the period between 2002 and 2007, when the number of users reportedly ranged from 2 million to 2.4 million.

"If I were to meet someone who is looking to open that door, I would try very hard to define addiction to that person, and how quickly dependence [or] addiction can develop," Stanley said. "And despite how strong that person might be, once addiction is there, it is a tremendous challenge to overcome."