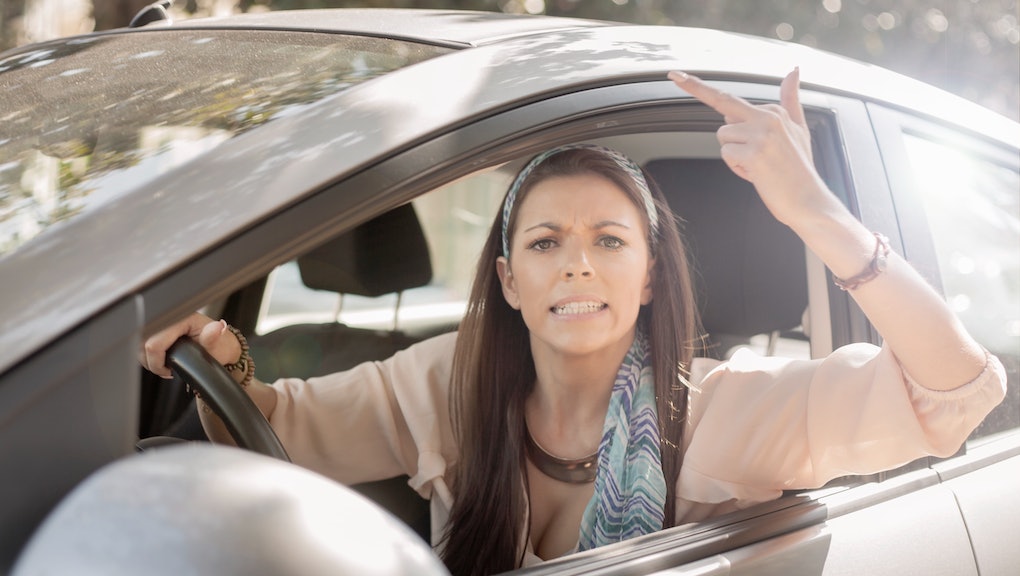 Meet the Canadian Auto Dealer Whose Signs Are Infuriating Women

It's one of the most tired jokes in the book, but John Mellish, the manager of Mellish Motors, remains steadfast in his conviction that his latest dig at women drivers is funny.

The owner of a nearby business, Chelsea Ling, posted a photo of the sign to Facebook, eliciting a flurry of responses. Argued one user, "Women make jokes about men daily that are pretty stereotypical and sexist and no one bats an eye... make a joke about women and everyone loses their minds."

Ling replied, "If you were a woman and had actually experienced sexism that [affected] your life in major ways, you wouldn't find the small stuff so easily brushed aside."

Still, he stuck by these words when he posted two follow-up messages: "Sensitive women. Don't read this sign. You know who you are!" He later replaced it with, "Attention drama queens. Auditions for today have been canceled!"

Mellish said he's been posting controversial signs since he opened the dealership nine and a half years ago with his wife, Ursula Mellish — the owner of the business. Working for his wife, Mellish said, is "not the best arrangement. I wouldn't recommend it."

But the snowflake sign, as well as the appeal to "sensitive women," are not Mellish Motors' first questionable marketing choices. In the past, the sign has taken jabs at the local police department and politicians, as well as men and women alike, including himself and his wife.

"A while ago I put out there, 'Used cars are like husbands: good looking on the outside and issues with every one,'" said Mellish. "Not a single response." Women, said Mellish, are "a little more touchy about things."

But even more so, Mellish blames Facebook for the outcry. He told Mic he hopes to use the recent spotlight on his business to spark a discussion about the problems with social media. Without these online platforms, he said, his sign wouldn't be worthy of a story.

"Up until the first reporter phoned me, there was not a single phone call to my house or email to my business, and no one came in my driveway to talk to me. It was all on Facebook." He added, "Let's look at the negative side of Facebook."

Still, the criticism remains focused on Mellish Motors' sales technique, and not the problems with social media. According to Mellish, he received a call from a woman threatening to shoot him early Tuesday morning, which he reported to authorities. A constable from the Royal Canadian Mounted Police told Mic it received a complaint from Mellish this morning and have opened an investigation.

"I believe she might need a little bit of help if this issue is drawing that much of a response from her," Mellish said. "Maybe everyone wants to shoot me today."

Despite this hitch, Mellish isn't worried about losing customers, male or female: In his small province, he said, his sign has succeeded in making his business memorable.

"One of the car dealers told me that every morning before they start work the question is 'What's on Mellish's sign?'" said Mellish. "Right now I have Canada's most famous sign."