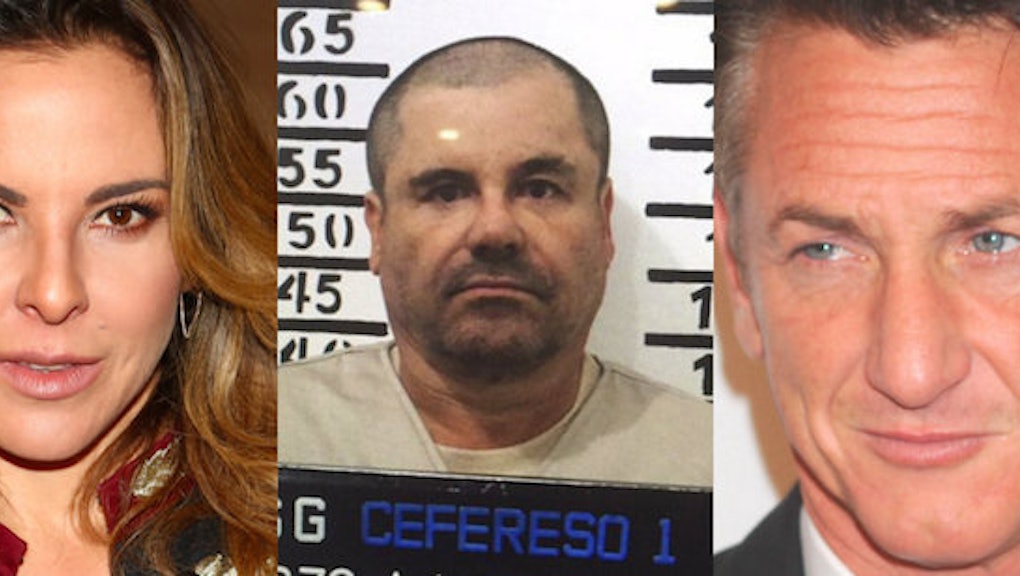 Who Is Kate Del Castillo? Meet the Actress at the Center of El Chapo Investigation

Deep in the heart of a Mexican jungle, a private meeting was held with one of the world's most notorious drug lords and two notable actors, one of whom would quickly become the focus of an ongoing money-laundering investigation. Her name is Kate del Castillo, and CNN reported Tuesday her Tequila company may have been a subject of conversation in communication with Joaquin "El Chapo" Guzman, the Mexican drug trafficker who's now in prison.

Now, Mexican authorities believe del Castillo may have received drug money from Guzman, though nothing has been confirmed as of yet. Castillo is a dual citizen of Mexico and the United States, and she met with Guzman in a recorded meeting along with Sean Penn, leading up to Guzman's recapture Jan. 8 in Sinaloa.

Who is del Castillo?

Guzman was well aware of del Castillo long before the private meeting. Arguably one of the nation's most famous actresses, del Castillo has appeared in a number of films and TV shows, most notably her breakout role in the popular Spanish-language telenovela Muchachitas.

The 43-year-old actress also touts a tequila line called Tequila Honor del Castillo, which Vice reported was in talks of possibly combining forces with Guzman prior to April 15, while Guzman was hiding out from Mexican officials. "It would be divine," del Castillo wrote in a text message to Guzman's lawyer, Andrés Granados Flores, after learning he might be interested in working with her on building up her tequila brand.

Her communication is now the center of focus in an ongoing investigation surrounding Guzman's whereabouts prior to his recapture. Del Castillo has been asked to appear as a witness in the case. There is much speculation as to how she was able to arrange the meeting between Penn and Guzman, and whether her business profited from the interaction. "Even where there are indications, we need legal certainty," Mexico Attorney General Arely Gomez told El Universal.

According to del Castillo, the exchange was innocent. "Not surprisingly, many have chosen to make up items they think will make good stories and that aren't truthful," del Castillo wrote Wednesday on Twitter. "I look forward to sharing my story with you."

Agence France-Presse reported Tuesday del Castillo does not have to travel to Mexico to partake in the investigation, and can instead provide testimony at her local California Mexican consulate office, as she resides in Los Angeles.

AFP also reported Guzman might have been enamored by the Hollywood star, and his wish to see her again after their encounter with Penn helped lead authorities to discovering his whereabouts.