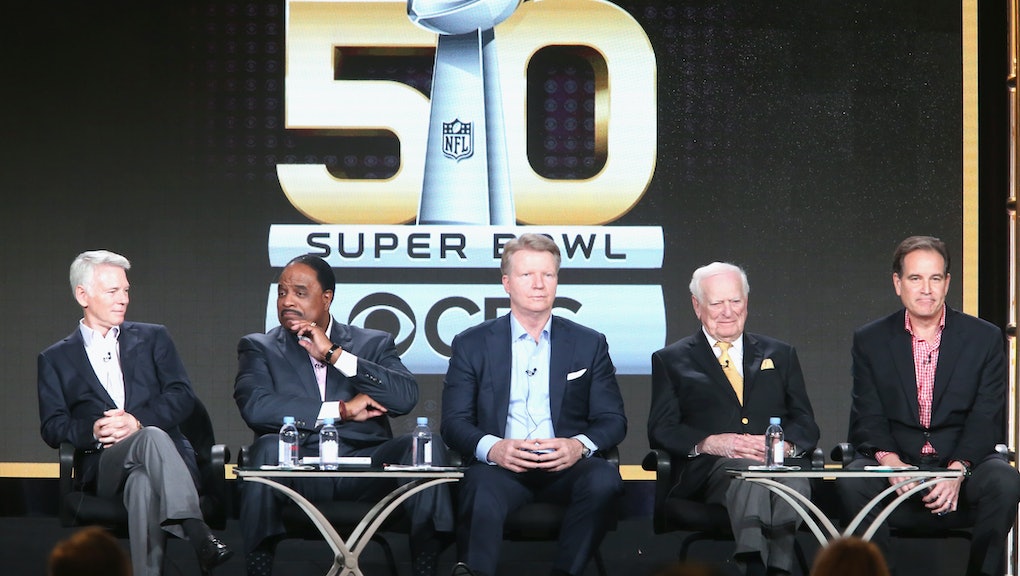 The city of Santa Clara, California, and its residents are bracing to host Super Bowl 50 on Feb. 7 at the Levi's Stadium. Pepsi will sponsor this year's halftime show, which will feature Coldplay and Beyoncé, according to CNN. CBS will air the mega sporting event this year, and the network has attached a $5 million price tag to each 30-second adverting slot its offered marketers, Advertising Age reports.

Sticker shock is sort of a given for ad spots aired at the Super Bowl, though ad buyers who've watched prices increase by about 11.1% annually have come to expect sky-high costs.

"We could close it out tomorrow if we wanted," said CBS president and CEO Les Moonves at the UBS annual Global Media and Communications Conference on Dec. 7, Adweek reported, adding that the network may even get more per 30-second spot. "As you get closer and closer to the game, there's going to be some advertiser who has to be in the Super Bowl."

Anheuser-Busch InBev, Buick, Néstle (Butterfinger), PayPal, Coca-Cola, Kia, Squarespace, Mars (Skittles, Snickers) and Honda are among the brands that have dedicated portions of their advertising budgets to 2016's Super Bowl. For those brands, agencies such as Anomaly, Leo Burnett Detroit, David&Goliath, Rubin Postaer and Associates, BBDO New York and DDB Chicago all have skin in the game.

Ahead of the main event, where each brand will debut the extent of their agency's creative efforts behind each expensive second, many Super Bowl 50 advertisers have debuted teaser commercials of, well, their actual Super Bowl commercials. Here's a round up of just a few Super Bowl 50 ad teasers ahead of the Feb. 7 event.