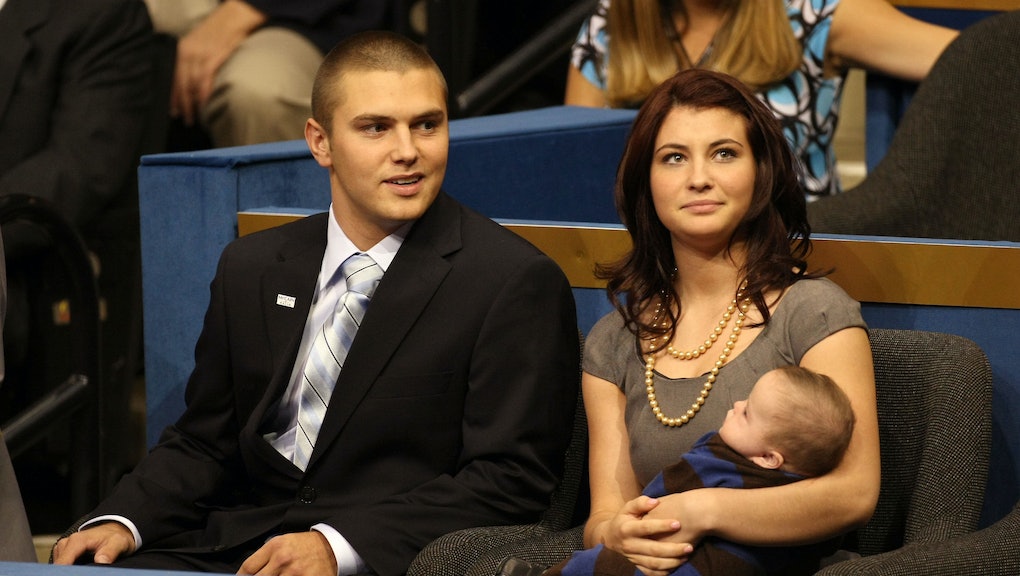 On the heels of Sarah Palin's highly publicized Donald Trump endorsement comes news of her son's arrest. On Monday night, 26-year-old Track Palin was arrested on domestic violence charges after a drunken argument with his girlfriend escalated to physical violence and Palin reportedly brandishing an AR-15 assault rifle in his Wasilla, Alaska home. Palin said that the fight started after he found out that his girlfriend was still talking to an old flame; he took her phone, punched her in the eye, kicked her and finally threatened to shoot himself before police arrived.

The gun, it turns out, was not loaded.

As Gawker reported, Palin was to be arraigned Tuesday afternoon on three class-A misdemeanor charges: assault in the 4th degree, interfering with the report of a domestic violence crime and possession of weapons while intoxicated.

According to the Associated Press, the family's attorney, John Tiemessen, asked for privacy "as Track receives the help that he and many of our returning veterans need."

In 2008, the eldest Palin child served one tour of duty in Iraq. This isn't the first time he's gotten in trouble for fighting, either: In September 2014, he and a handful of his family members got into a 20-person brawl in Anchorage, Alaska.