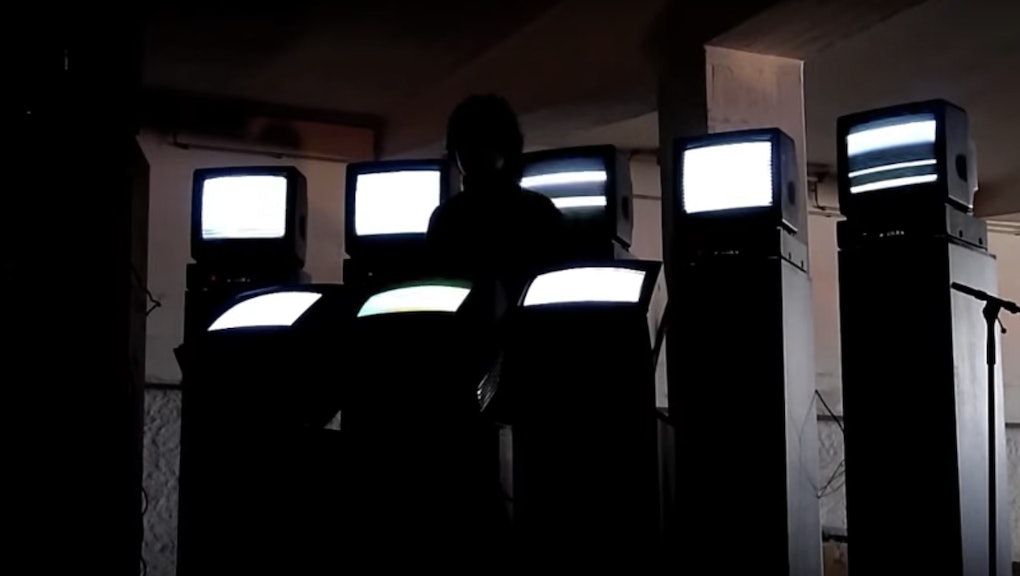 This Band Is Making Music Out of Outdated Technological Garbage

The group takes everything from old televisions to reel-to-reel tape decks and pairs them with computers to make music, Motherboard reported. The result is a strange meld of industrial sounds that give Open Reel Ensemble's tracks a computerized edge.

Tech is very much at the heart of Open Reel's music. One of the group's founding members, Ei Wada, got his start as a programmer before channeling his knowledge of computers into music composition. While his background is based in tech, the inspiration for his work's sound is much older. He draws from Indonesian Gamelan performances, which he remembers seeing as a young boy on holiday with his parents, he told Motherboard.

"It's an indigenous music where many people dressed in masks beat percussive instruments," Ei Wada said. "I was impressed by the echo the sounds made. I felt like I'd been transported out of this world."

Ei Wada's love of the staging and metallic tones of Gamelan performances is present in some of his compositions, with the cool tones of the Javenese Gendèr replaced by robotic-sounding bleeps and blips.

And the group is always looking to expand that sound through any kind of old technology it can repurpose as a sound machine. Most recently, Open Reel hooked up some ventilation fans with small solar panels, speakers and overhead projectors reminiscent of a high school math class. The contraption is wired in such a way that the ventilators turn on the overhead projector, which then emits light, feeding the solar panels, which powers the speakers.

Wada told Motherboard that Open Reel's music isn't just about making new music from old tech. It's also about how economic growth, like what Japan has experienced, can give rise to a lot of electronic waste when people rush to replace their outdated machines. People should reconsider their trash, he said: "It's good to not just say 'bye' to things that are thrown away, but to instill old things with new meaning and celebrate their unique points."