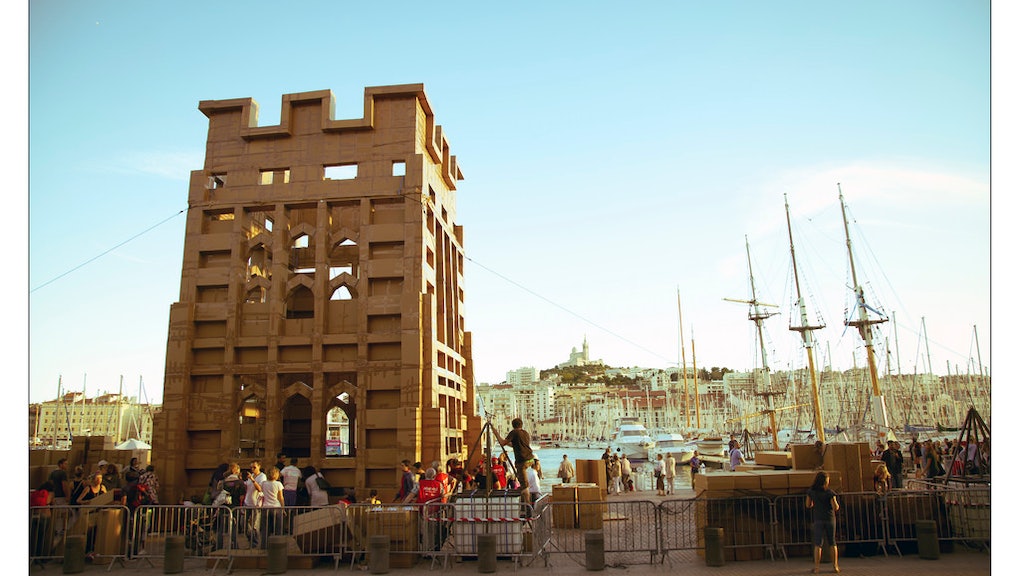 A French artist is building a short-lived city out of cardboard that would make your cat envious.

Olivier Grossetête is calling on the Australian public to help him build full-size towers, churches and homes out of boxes. The installation, called "The Ephemeral City," is under construction at the Cutaway, an event space within Sydney's Barangaroo Reserve as part of the Sydney Festival.

These sorts of high-flying cardboard castles are nothing new for Grossetête, who has built similar temporary structures throughout Europe.

Why the obsession with transient cities? In an interview with Mashable, Grossetête explained that he likes working with cardboard because it's an equal-opportunity product. "You can be poor and still have cardboard, it makes absolutely no difference," he said.

Cardboard was the perfect tool for Grossetête, who needed a material that a wide swathe of people with no training could use.

Each building is crafted by hand — no cranes, bulldozers or dump trucks necessary. However, participants do get to whiz around on a 165-meter zip line to see the city in its fullest manifestation.

The use of volunteers in creating "The Ephemeral City" is also integral to the artwork.

"Collective energy, and that power it brings, is quite an amazing thing for people to experience," Grossetête told Mashable. "The energy does the same as the sound: It resonates in the building. Everyone gets really excited, and it really compounds on itself."

That same energy will be used to demolish the site. On Jan. 26, the city will come down — whether it's complete or not. Participants are invited to crush the fallen buildings beneath their feet, destroying the very thing they built.