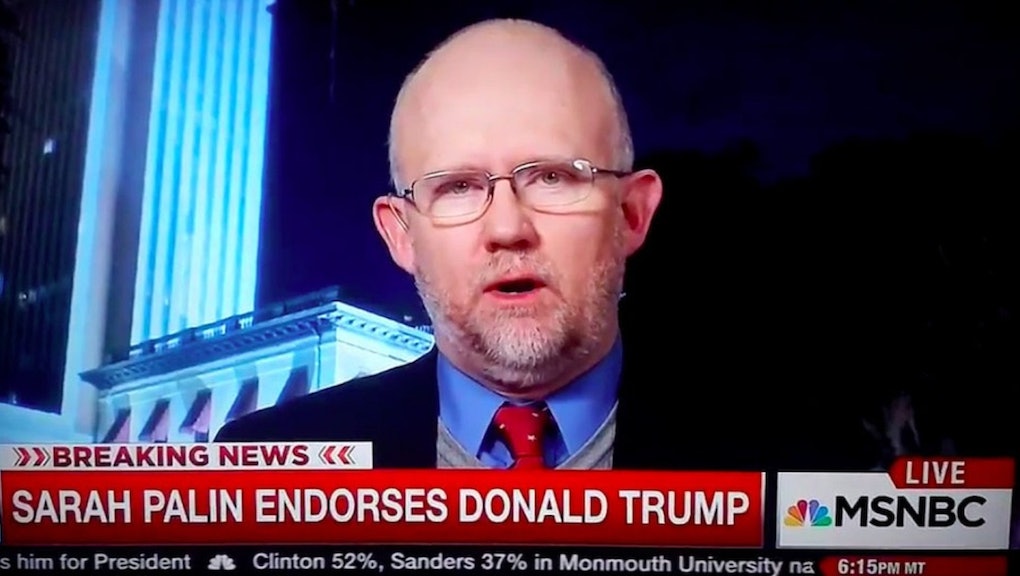 "They are not real political players," he continued, according to Mashable. "These are not people who matter in the overall course of humanity."

Sick burn, bro. But considering 30% of GOP voters (and 41% of Trump backers) support bombing Agrabah, the fictional Middle Eastern nation from Disney's animated film Aladdin, it's likely few of them are familiar with anime.

If any conservative candidate is appealing to the nerdy denizens of the seediest corners of the internet, it's probably libertarian-leaning Kentucky Sen. Rand Paul, who polls well among young, white male libertarians and has inherited some of his father Ron Paul's web-based popularity.

Paul, amid polling averages putting him ninth in line for the Republican nomination, took to Facebook on Wednesday to plead for support in a post comparing Trump to Lord of the Rings character Gollum.

Unfortunately for Wilson, Trump supporters don't constitute the kind of niche support propping up candidates like Paul — Trump is as mainstream in today's GOP as apple pie and Reagan soundbites, even if the party's historic leadership is terrified to admit it.

In an average of polls kept by Real Clear Politics, Trump clocks in at a commanding 34.8% support nationally among Republican primary voters, leading closest competitor Ted Cruz by 14%.