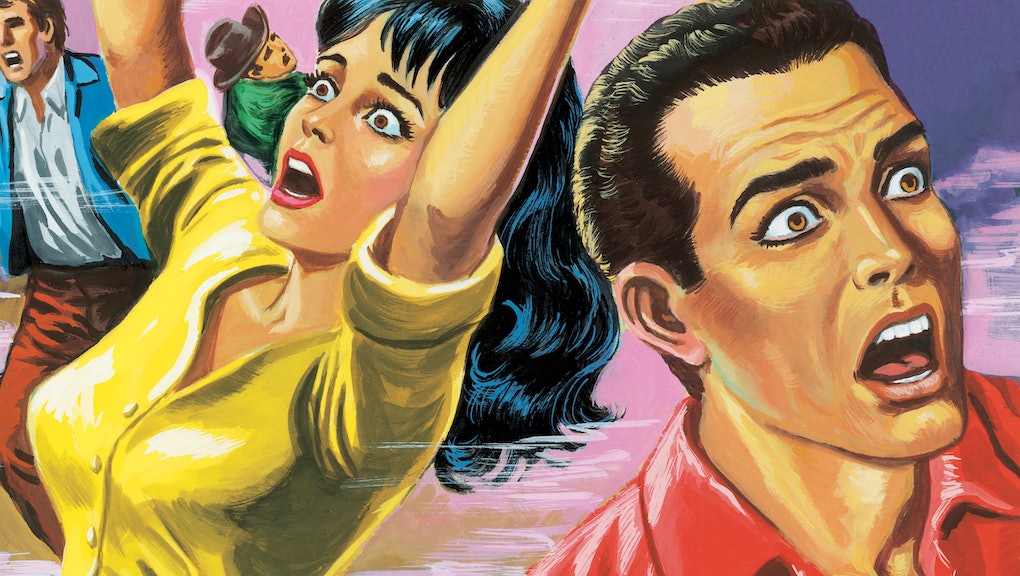 Check Your Girlfriend's Hysteria With Fredrick, a Repulsive Period-Tracking App for Men

Jan. 21, 2016, 8:19 a.m.:  Fredrick is no longer available for download in the App Store. In an email to Mic, a representative said that the app was "voluntarily removed from the App Store." Its website now displays a message that reads "Fredrick is no more," though the app itself still appears to be working. Mic's original story on Fredrick appears below.

It's common knowledge that women turn into vicious, blood-spurting rage monsters when they menstruate. Now, thankfully, there is an app — developed by a man! — to help dudes deal with their girlfriends' hysteria during the time of the month they're too gross to have sex with.

Even if it's all a sick joke, the app is real, and it's relatively straightforward: A dude will tap the first day of his girlfriend's period on a calendar; Fredrick will then tell him what kind of mood she'll be in depending on the day.

It also gives users a "chance of grief" tracker, which lets the poor sap see how irritable she's likely to be. (Pro-tip: Chances of irritability will skyrocket when she finds out what Fredrick is.)

The mood descriptions include gems like "O-Day: You deserve a standing ovation," "Gawd damn you Adam & Eve," "Bikini not mankini" and "Smug as a thug in her rug."

A user can even share his girlfriend's status with his friends and family. Simply tap the social icons on the bottom of the screen so let them all know. It's almost like fulfilling your parents' wish for grandchildren!

It's unclear. But know, dear reader, that as you scan this, I'm having trouble formulating the right words to adequately express my rage. (Which reminds me: I'd better let my boyfriend know how angry I am so he can check Fredrick. I wouldn't want to leave him unprepared.)

Wake us up when there's an app to keep tabs on our boyfriends' testosterone levels.