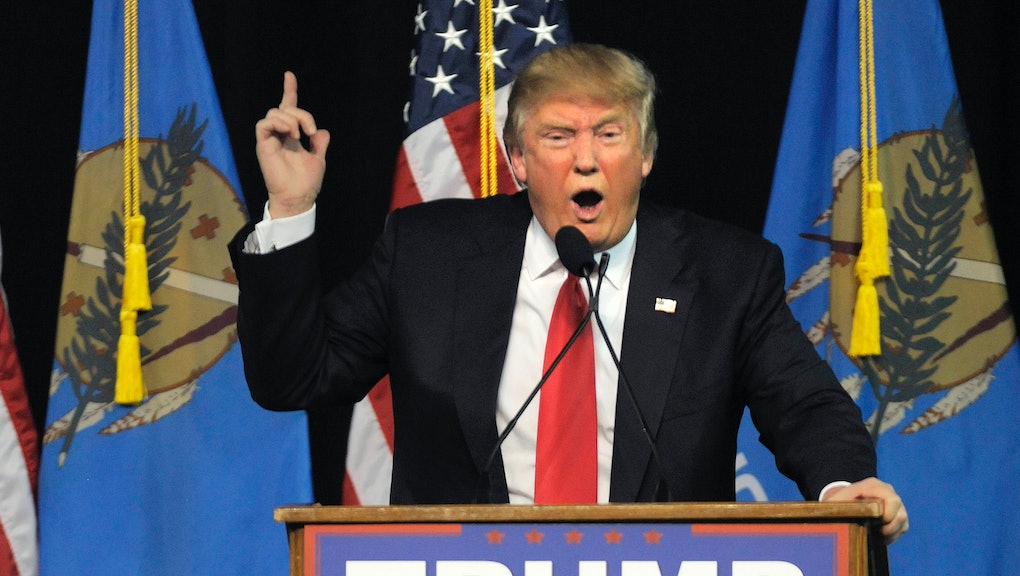 Is this the reason why an endorsement from Sarah "Mama Grizzly" Palin is so coveted? Does it win a candidate poll numbers in valuable primary states?

A new poll by Florida Atlantic University Business and Economics Polling Initiative, released Wednesday, shows Donald Trump leading by a wide margin in the sunshine swing state. According to the latest numbers from FAU BEPI, Trump has opened a 12-point lead since November and is the choice of nearly half the Republicans polled.

"At this point, Donald Trump is simply crushing the opposition in the Florida Republican primary," Kevin Wagner, FAU associate political science professor and a BEPI research fellow, said in a press release. "Not only has he increased his lead, Mr. Trump's favorability ratings among Republicans are now ahead of his competitors by a substantial margin."

Pollsters spoke with 386 likely Republican and 383 likely Democratic voters, following the parties' respective debates. They found that Trump had the support of 47.6% of Republican respondents. Ted Cruz came in second, with 16.3%, followed by Florida politicians Marco Rubio and Jeb Bush, who garnered, respectively, 11.1% and 9.5% of voters' support. That's a gain for Cruz and Bush since FAU's last survey, but a loss for Rubio.

The poll brings good news for Democratic candidate Hillary Clinton, who's been slipping in other polls, as Bernie Sanders pulls ahead. The FAU BEPI survey looked at potential GOP match-ups: Clinton is ahead of Cruz by 5 points, even with Rubio and has gained on Trump since the last poll, coming in at 44.3% to his 47%. Against her fellow Democrats, Clinton is in the lead: She charted 62.2% support to Sanders' 25.9%.

According to a new poll by CNN and WMUR, Florida isn't the only state in which Trump's prospects are climbing: He has a 20-point lead on his Republican competitors in the critical state of New Hampshire, with 34% of the party's likely voters behind him versus Cruz's 14%. That number does represent a gain for Cruz, whose favorability has risen from 46% in December to 55%. Notably, only 31% of the 413 GOP voters CNN and WMUR polled said they'd definitively decided who'd be getting their votes. The two areas in which Trump has distinguished himself so far are, according to New Hampshire Republicans, in dealing with the economy and with the Islamic State group, or ISIS.

To answer the opening question: No, this isn't the Palin effect. FAU's poll was conducted between Jan. 15 and 18, and CNN's poll between Jan. 13 and Jan. 18. Palin endorsed Trump on Jan. 19.