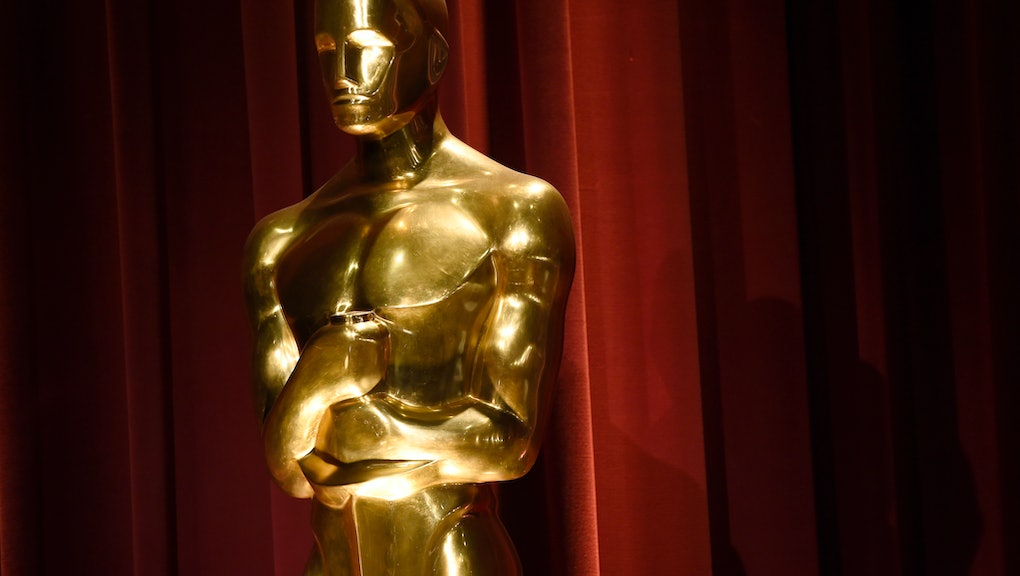 A weather system named snowstorm Jonas is barreling toward the East Coast, a storm which the Weather Channel predicts will hit New York on Saturday. Ahead of the storm, the New York Post saw an opportunity to combine two of this week's most talked-about stories: the impending snow and the whiteness of this year's Oscar nominees.

"This weekend will be whiter than the Oscars," reads the cover, with, "Snowstorm to hit NYC" so small it almost reads as a parenthetical.

Once shared to Twitter, users on the social media platform had some reactionary thoughts. "The roads will be more slippery than the Academy's excuses," wrote one user. "More like New York roast," added another.

Of course, not everyone on Twitter had shining things to say about the publication's latest cover, and some went as far as to call the headline racist.

Provocative covers are hardly an anomaly for the New York Post. Here are just a few of the paper's most recent covers that caused a stir.

Despite the publication's ease with taking risks, many believe the news organization has gone too far in the past —particularly with a cover published in the wake of the San Bernardino shooting in early December. The headline of that cover read, "Muslim Killers," the inherent issue of which many were quick to point out:

Polarizing responses to the publication's covers in the past aside, the point raised by its latest headline is a fair and important one. Not one actor or actress of color was nominated for an award for this year's Oscars, an issue that has spurred outrage and upheaval from many in and outside of the industry. Some big names in the acting world, like Jada Pinkett Smith and Spike Lee, have said they're boycotting the awards show because of the lack of diversity.

"As many of you know, we have implemented changes to diversify our membership in the last four years," Academy president Cheryl Boone Isaacs said in a statement. "But the change is not coming as fast as we would like.

"We need to do more, and better and more quickly."