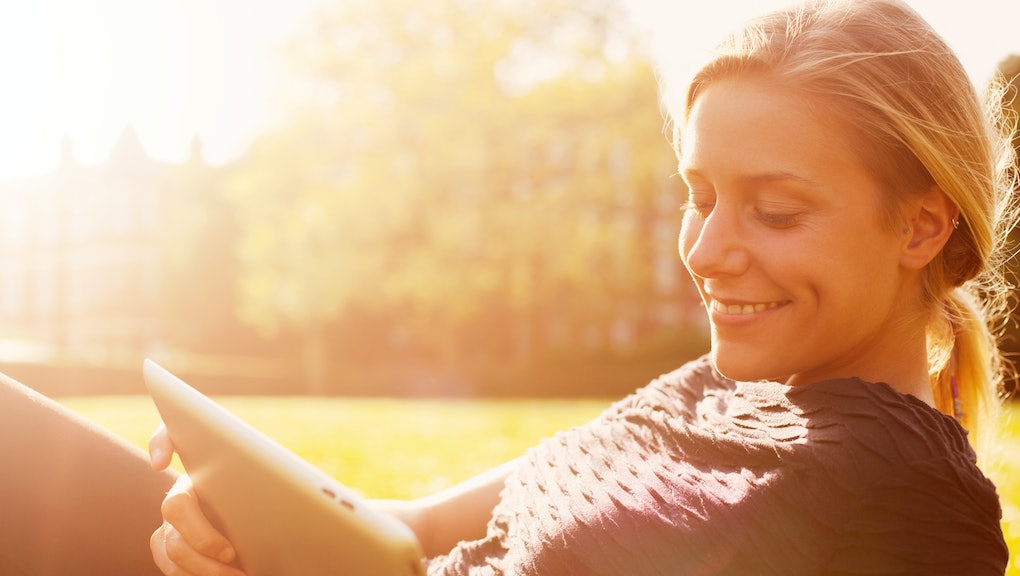 In many ways the college admissions process, one of the most prominent rites of passage into adulthood in American life, holds a mirror to society and reflects its most prized values. But a group of administrators at some of the nation's top colleges are concerned that the image staring back at us has grown rather ugly.

A new report entitled "Turning the Tide," spearheaded by Harvard University's Graduate School of Education and backed by scores of administrators at colleges across the nation, is calling for a major makeover for the college admissions process. The report argued that the criteria for admission into selective colleges have come to fetishize individual accomplishments in the form of academic performance, test scores, athletic achievement and an ever-growing mountain of high-profile extracurricular activities, and in the process neglect measures of ethics and community entirely.

"High school students often perceive colleges as simply valuing their achievements, not their responsibility for others and their communities," the report reads.

The report argues that to the extent that high school students do invest themselves in civic and socially responsible activities, it's often inspired by an ambition to "'game' service" — turning community contributions into another form of competition and opportunity for bravado in the application process.

The Turning the Tide report lays out a number of recommendations for college admissions offices and other stakeholders to soften the emphasis on individual performance and to expand their criteria for a desirable student to include robust measures of citizenship and generosity. They predict that the improved process should be a win for both colleges and students — selecting for more well-rounded and conscientious students while also easing some of the enormous pressure surrounding the whole ritual.

It's a well-intentioned document, and it's already making a splash in the press. But it's also suffering from massive flaws that fail to reckon with the underlying reasons the process is so dehumanizing, rendering it more of a complaint about how cutthroat the world of higher education has become than a promising plan of action.

The recommendations: The report's recommendations fall into three main categories. The first set of recommendations is about the need to dramatically increase the emphasis on community service in the admissions process. The second set outlines how colleges need to ensure that they account for how students' contributions to their community varies dramatically based on their class background — explaining how tasks like taking care of siblings or working outside the house for extra income should be valued in the college admissions process. Lastly, the report recommends a variety of ways in which colleges can make the admissions process less high-pressure for students by doing things like making SAT testing optional — a shift in emphasis that they believe should also help level the playing field for less-privileged students.

In theory, all of these ideas are commendable. But it's virtually impossible to envision how on their own they will really fundamentally change the admissions process.

For example, there's nothing about the community service recommendations that's immune to the gaming problem the report complains of in its opening passages. Its foremost proposal is that community service must be "authentically chosen," emanate from a "a student's particular passions and interests" and should be defined by quality rather than quantity. But the demand for sincerity is immediately contradicted by extremely detailed prescriptions on how to go about civic engagement, with sentences like: "We also recommend that students undertake at least a year of sustained service or community engagement (see below for description of 'community engagement')."

Other recommendations for "authentic" service include prescriptions for the service to involve "collective" problem-solving, making sure these problem-solving endeavors involve a diverse array of other students "(Importantly, these experiences of diversity should be carefully constructed and facilitated)" and that their activities reflect "the contributions of the generations before them — how their lives are built on the service of others — and their responsibility to their descendants." In other words, the report recommends students do whatever they wish to, but also that they hew to a fairly specific set of guidelines.

Guess who is best at hewing to specific guidelines? Students with greater resources and socio-economic advantage. Assuming this report gains traction and seeps into the admissions criteria for tons of top schools nationwide, elite high school students at elite schools will be best-coached in these new criteria. Well-heeled families will encourage their children to pick one major community service project to define as their "passion" through all of high school and ensure that it's a project that allows one to artfully weave in the themes of diversity and gratitude for their descendants. The most privileged students will be the most inventive and most likely to take on leadership roles in these activities, and they will be rewarded for it in the admissions process. The fact that their activities will be presented in the rhetoric of sincerity will not actually make it so.

The report's demand that college admissions officers take into account things like household duties and taking care of siblings or working an extra job for needed income is not a terrible idea. But first, it should be noted that very well-off students are going to be able to list such things in addition to their impressive socially responsible endeavors. Secondly, students who are so poor that their main evidence of contribution to others is working part time at McDonald's just won't be as able to prove anything unique or stand out about their civic sensibility through their experience. An essay about flipping burgers will generally pale in comparison to a student talking about lives changed by opening up a zero-carbon soup kitchen in an inner city.

Most people just want to know what it takes to get in, and socio-economically privileged students will navigate whatever tests are laid out most deftly.

The report's recommendations to try to ease pressure on students by making some tests optional and to caution against stacking advanced courses or extracurriculars for the sake of it are reasonable. Should they become widely practiced, they will certainly make many students' lives less stressful.

But it's not clear why those emphases will "level the playing field" on their own — higher test scores and higher grades and creative personal projects will always be better than worse ones, and performance in those spheres correspond with socio-economic advantage. These recommendations aren't about revolutionizing the values of the admissions process as much as they are just pushback against how out of control it has gotten.

The reality is there's a very basic dynamic that explains why the college admissions process is so harrowing — there's an extreme scarcity of openings at selective schools relative to the number of people who want them. And as higher education becomes more crucial to an increasingly skilled workforce and continues to skyrocket in price, that scarcity — and stress — will only grow worse.

Colleges should care about more than just grades and test scores, and this report is right to argue for that vision. But it's important to recognize that demands that students manufacture authentic commitment to others and relax a little won't level the playing field. Most people just want to know what it takes to get in, and socio-economically privileged students will navigate whatever tests are laid out most deftly. If you really want to ensure that students with less advantage have a fair shot, institute affirmative action for poor people.