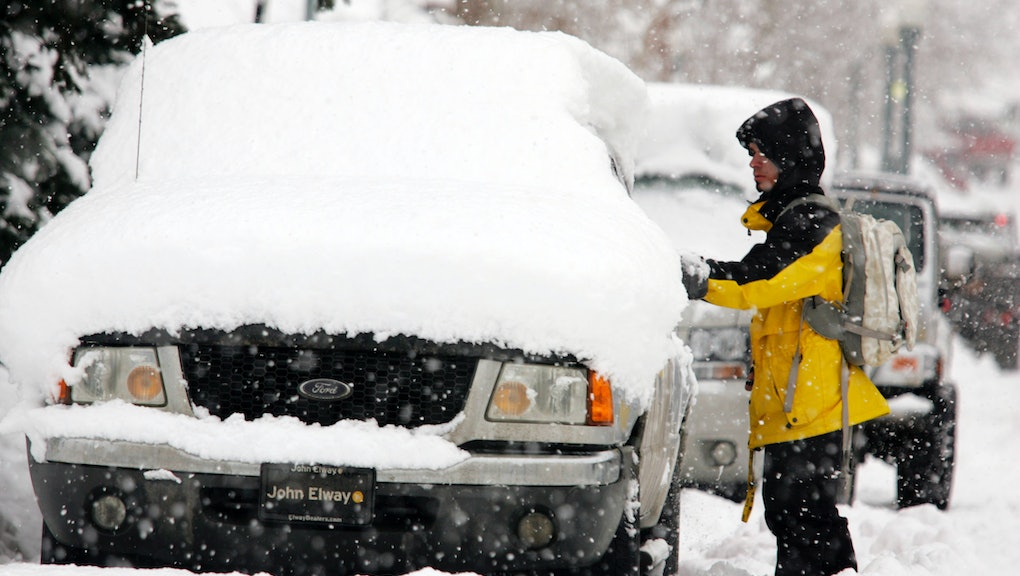 Can You Eat Snow? Here’s What Science Tells Us

As the East Coast prepares for an approaching blizzard, Winter Storm Jonas, at the very least residents can expect a lot more snow from what was previously a very warm winter. With the impending storm and its corresponding snow, it wouldn't be surprising for kids to play in the snow, build snowmen and use the snow as an accessory to food, or as its own meal altogether. However, is snow safe to eat? Here's what scientists can tell us about it.

The short answer is no, you shouldn't eat snow — especially in urban areas. While clear snow is aesthetically more pleasing to look at than colored snow, it might not be all that healthy to consume, according to a recent study from researchers at McGill University, published online Dec. 21 in the journal Environment Science: Processes and Impacts. What the study found was that snow in urban areas is more prone to absorbing toxic pollutants from the air — specifically, from the exhaust of cars and motorbikes.

"Snowflakes are ice particles with various types of surfaces, including several active sites, that can absorb various gaseous or particulate pollutants," Dr. Parisa Ariya, professor of chemistry and atmospheric sciences at McGill who led the study, said in an interview with the Huffington Post. "As a mother who is an atmospheric physical chemist, I definitely do not suggest my young kids to eat snow in urban areas in general."

Dr. Ariya and her team discovered this by analyzing how the snow interacted with car exhaust in a sealed chamber, and within an hour the snow's concentration of the fumes increased. However, she added that further research would be needed to greater understand the implications, and if it can extend to other environmental conditions, according to the Huffington Post.

Snow is safer to eat in rural areas. While snow in urban areas was put under scrutiny, rural and suburban areas are less of a threat, though it does depend on how the snow is gathered. In an interview with NPR, John Pomeroy, a researcher of water resources and climate change at the University of Saskatchewan, said that snow is much safer to eat in these areas after it has fallen for a few hours, as it helps lower the pollution levels in the air.

Though there are other areas of concern — such as pesticide levels in one's backyard, if someone were to eat snow from there — the low risk does not make it a threat to one's safety.

"I would not hesitate for my children to have the joy of eating a handful of fresh fallen snow from my backyard," Pomeroy said, according to NPR. "The pesticide concentrations are low and the amount of snow eaten in a handful is small, so the one-time dose is very low and not a risk to health."

However, the amount of wind and corresponding area soil can be equally important with the risk of snow, according to Sarah Doherty, atmospheric scientist at the University of Washington, in an interview with NPR. With higher winds, dirt is able to mix in with snow as it falls, which can affect how safe it is to consume.

Ultimately, there are several factors that can affect snow, as it can absorb a lot from its surrounding environment. In an urban area, the risk increases, but the more remote the location — and how long the snow has fallen — the more it becomes relatively safe. Because of this, Arctic snow could be the most savory of the bunch, Pomeroy said, according to NPR: "It is well known amongst snow chemists that fresh Arctic snow goes very well with 15-year-old single malt whisky."