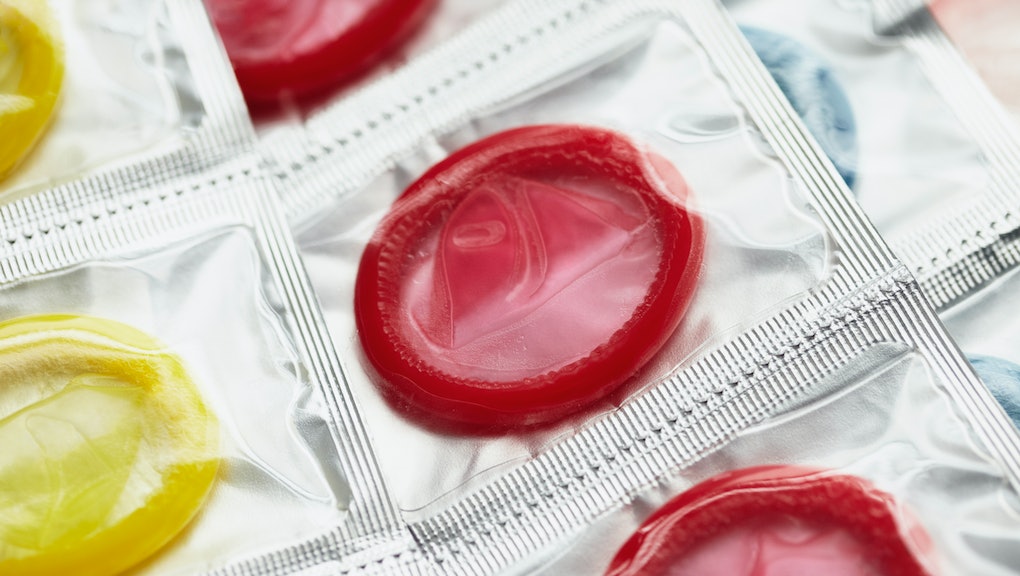 Is Your Sex Life Bad for the Environment?

From what sex toys we buy, to which lube we use, to our birth control method of choice, what we bring into the bedroom has a serious environmental impact. Here are just a few of the ways that your sex life is impacting the environment — and what you can do to change it.

Condom use, or rather condom disposal, can have a negative impact on the environment, in part because we use so many. In a 2009 Slate article, writer Nina Rastogi estimated the average condom weighs 0.1 ounces in the wrapper, so the total mass of used-condom garbage should be around 2.75 million pounds, or 1,365 tons. That's a lot of condoms that are getting thrown out.

Since latex is a natural rubber, theoretically it should be biodegradable. However, most latex condoms are made with additives to prevent breakage, which also makes them harder to break down. Polyurethane condoms are also non-biodegradable. The only truly biodegradable condom option is natural lambskin, which will not protect you from all STIs, according to data from the Centers for Disease Control and Prevention.

Fortunately, condom users interested in an eco-friendly latex option have a fairly wide range of options. Sustain condoms, for instance, are made with fair-trade rubber, which is free of carcinogenic additives. "We feel unique using truly Fair Trade rubber from one of the most sustainable rubber tree plantations on the planet, located in southern India. There's no child labor and they pay reasonable wages, plus provide education and health care to the community," Sustain co-founder Meika Hollender told Mic.

Women who use hormonal birth control instead of other methods also have environmental repercussions to consider. The hormones in oral contraceptives have been associated with the rise of intersex fish, which is caused by the birth control hormone in our urine. The reproductive struggle fish face can cause a detrimental effect to their aquatic environments but, as Slate pointed out, "What's really needed is better sewage treatment."

Fortunately, an eco-friendly birth control is out there — and you've probably heard of it. An IUD is a small, t-shaped device inserted directly into a woman's uterus and costs anywhere between $0 to $1,000. IUDs are effective for up to 12 years, making it one of the most long-lasting (and sustainable) forms of birth control: Greenpeace writes that IUDs "rock for the environment" largely because they're a one-time purchase that can last for over a decade, while being extremely effective against pregnancy. Other reusable methods of birth control include the diaphragm and cervical cap which, while reusable, don't have the best success rates.

Worryingly, seven out of eight contained phthalates in concentrations varying from 24 to 51%. "Remember, these [phalates] are chemicals which do not easily biodegrade and can be dangerous — even in small amounts," the report reads

According to PETA, 219 animals are killed every minute in a U.S. lab. If you're looking for both an eco-friendly and cruelty-free lube, Sustain, which is certified by the Vegan Awareness Foundation, makes organic lubricant.

If one stops to look up the products they use, in the bedroom as well as elsewhere, the environmental implications can be overwhelming. Choosing fair trade latex over traditional drug store condom brands, or buying a cruelty-free lubricant can be an important action to take toward building a more sustainable lifestyle. Just have fun and be safe — if you can help save the planet while you get off, even better.