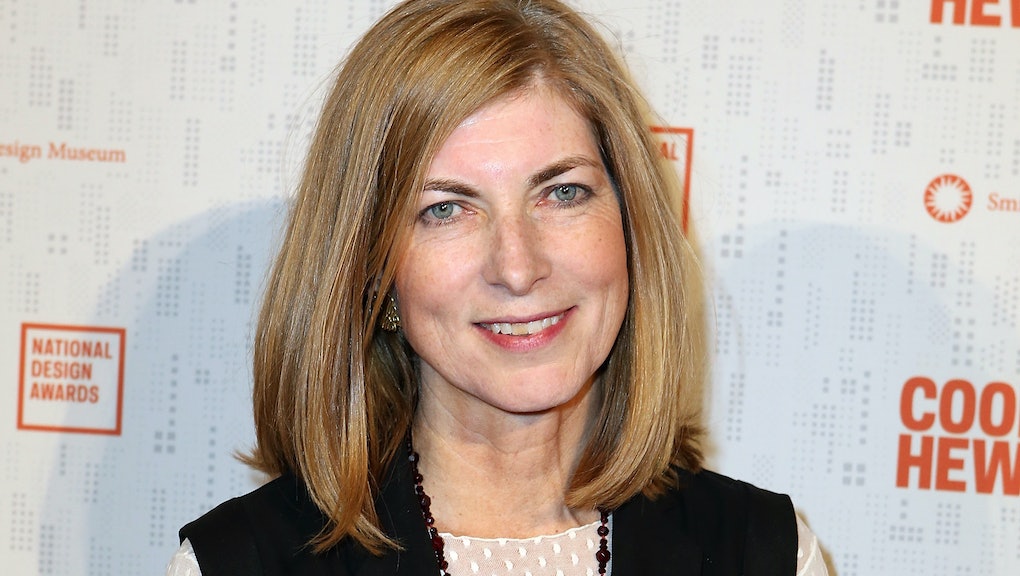 DAVOS, Switzerland — She may not be the most famous global figure attending the World Economic Forum's annual meeting, but Rosanne Haggerty is surely among the most ambitious.

Haggerty is the president and chief executive officer of Community Solutions, a nonprofit based in New York City, with one bold mission: ending homelessness in the United States.

Over the past year, Haggerty launched a nationwide campaign called Zero: 2016, a movement in 75 communities across the United States with the ambitious goal of ending veteran and chronic homelessness by the end of 2016.

If that sounds like a pipe dream, consider that Haggerty has worked with 186 communities that have helped 105,580 chronically homeless Americans find homes in the past four years alone. Her secret is rooted in a surprisingly simple idea: Provide homeless Americans with stable homes.

That may not sound intuitive, and Haggerty is fighting against a backdrop in which an increasing number of cities across the United States have adopted measures attempting to criminalize homelessness, while others have adopted harsh measures such as making it illegal to share food with the homeless.

Overturning this stigma has not been easy, but the approach used by Haggerty's organization is already starting to show striking results in places like Utah, where homelessness has been drastically curbed since the state adopted a Housing First program in 2005.

The state is now touted as a progressive model for the rest of the nation, and Haggerty is confident that Utah can be a model for solving this problem once and for all.

The backstory: Haggerty began her career working to provide affordable housing for homeless New Yorkers, an experience which she says profoundly shaped her perspective on how to solve chronic homelessness.

"Back then, I assumed that a lack of housing was the core problem," Haggerty told Mic. "I spent years building building affordable housing, but after about a decade, I realized that the same people living in these homes were still walking around the streets homeless."

At the time, Haggerty says, the prevailing assumption for how to treat the issue was to build affordable housing units for some and screen out individuals who were deemed unlikely to succeed in housing, such as those with untreated mental illness or poor future income prospects.

This approach, simply, was not working, so Haggerty shifted gears by gradually adopting a more community-based and inclusive solution that removes restrictions against at-risk homeless individuals, and allows them to remain in housing permanently, if necessary.

This shift formed the basis of approach of Community Solutions and other organizations, and has been a major factor in driving Utah's success story, according to Haggerty.

Utah has also created an innovative public health tool that helps the government keep track of who is actually homeless, another step which Haggerty says has been core to her organization's model.

"If we're going to turn this issue around, we have to focus on the individuals who are actually homeless," Haggerty told Mic. "In Utah, they now know who's homeless by name. It's no longer some vaguely defined problem. That's the insight I've been looking for in years of working on this issue."

The final pillar to Haggerty's approach is providing an extensive range of social services to those who need them. By having a better handle on who is actually homeless, Haggerty says governments are able to better provide the support services homeless individuals actually need in order to improve their situation.

"With homelessness, it has been an assumption of one size fits all," Haggerty told Mic. "But there's a broad spectrum of experiences and many different solutions communities can mobilize. We went from the automatic assumption that everyone is experiencing the same thing, to a real person-specific diagnostic."

As a result of this approach, Utah has seen a 74% drop in homelessness over the past decade, down to 300 chronically homeless people from 2,000 in 2005, according to data from the New Yorker.

What's more, Haggerty says this approach is also cost-effective. Haggerty estimates her efforts to place 105,000 homeless Americans into housing will save taxpayers $1.3 billion by cutting down on soaring health care costs associated with frequent hospital visits. Similarly, a 2002 University of Pennsylvania study found that New York City reduced costs by 40% by adopting this approach of permanent housing combined with social services.

What's next: Haggerty's bold approach to solving homelessness has won her an impressive list of accolades, including a MacArthur "Genius" grant and an Ashoka fellowship. She has also delivered a TEDx talk and appeared twice on 60 Minutes. Haggerty has been named a Schwab Social Entrepreneur of the Year, a select and elite group of 31 social entrepreneurs from 25 different countries awarded attendance to Davos.

But praise aside, Haggerty says she will not stop working until every one of the estimated 84,000 chronically homeless Americans, along with 50,000 veterans, are no longer homeless. The Zero: 2016 campaign has already partnered with organizations to help 35,000 homeless Americans find a home, according to Haggerty, with estimated taxpayer savings of over $100 million.

Haggerty wants policymakers at the meeting in Davos to challenge their traditional ways of thinking and remain open to addressing this problem using different approaches.

"It's hard to hear that this is a different issue than the one you thought it was," Haggerty told Mic. "It's harsh to hear, but those approaches aren't helping much."

But she has an even bigger challenge to millennials: Demand more from your leaders.

"A great unharnessed asset on this issue is public demand for a solution," Haggerty told Mic. "Millennials should demand that it doesn't have to be this way."