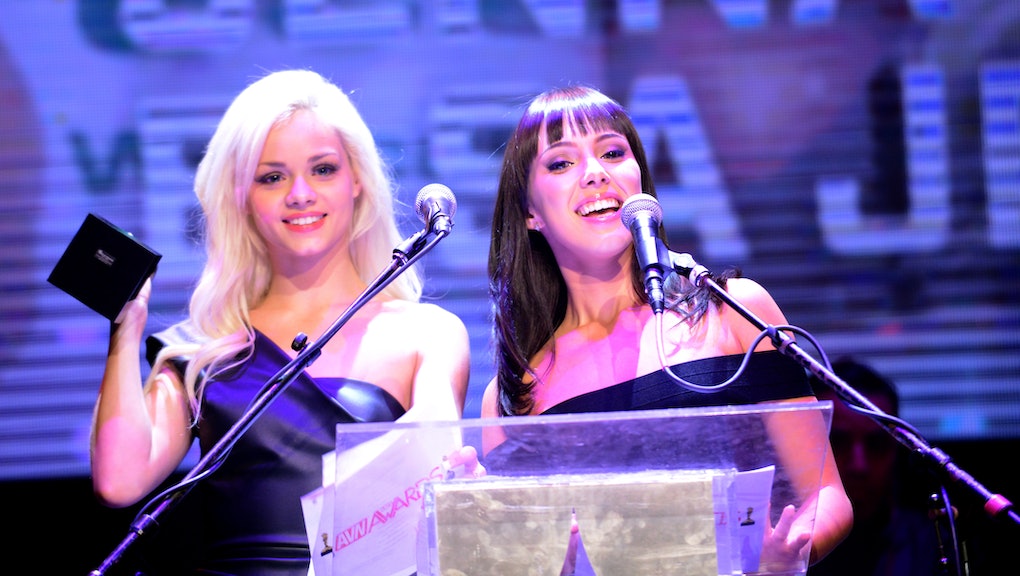 The awards ceremony is the culmination of the AVN Adult Entertainment Expo, a four-day convention bringing together performers, insiders and fans of the adult entertainment industry. The AVN Awards, which are sponsored by the trade publication Adult Video News, celebrate "the achievements of one of the world's most profitable industries," according to the awards show's Facebook page.

The 2016 AVN Awards will be hosted by adult film actresses Joanna Angel and Anikka Albrite. There are 114 categories recognized in this year's awards, including all-girl performer of the year, best anthology movie and best screenplay. Fans can even vote for some of their favorite adult performers.

While there's no official live stream of this year's awards show, tickets are still available, starting at $175.