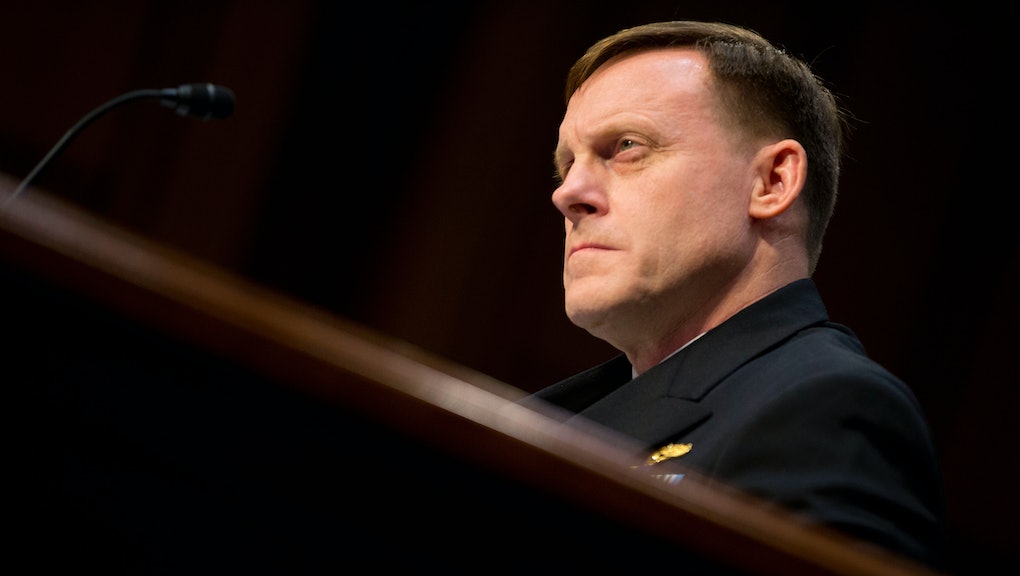 Even the Director of the NSA Supports Strong Encryption

The debate about encryption — the algorithms that protect your online chatting and browsing from snoopers — is full of people who seem to have no idea what they're talking about. But if there's anyone who can settle the debate for good, it's the director of the National Security Agency.

NSA Director Adm. Mike Rogers told a Washington, D.C., think tank this week that strong encryption is "foundational to the future" and that arguing about encryption is "a waste of time."

"If you halt or weaken encryption, the people that you hurt are not the folks that want to do bad things."

CIA director John Brennan, the commissioner of the NYPD and even some 2016 presidential candidates have asked for "backdoors" to allow the government to spy on communications, or else some similar compromise.

One-sided argument: Luminaries, CEOs and actual technologists are nearly unanimous in their fight against the weakening of encryption, and have vowed in the dozens to fight any attempt to weaken internet traffic and communications.

"If you halt or weaken encryption, the people that you hurt are not the folks that want to do bad things," Apple CEO Tim Cook said in November. "It's the good people. The other people know where to go."

Rogers isn't the first NSA director to come out in support of encryption. Michael Hayden, the director during the Snowden revelations, once said that the end-to-end encryption of private communications "is good for America." But as Gizmodo points out, a popular conspiracy theory among technologists is that the NSA supports encryption because it already knows how to break it.

Either way, hopefully we can all stop tilting at the windmills by arguing against encryption.