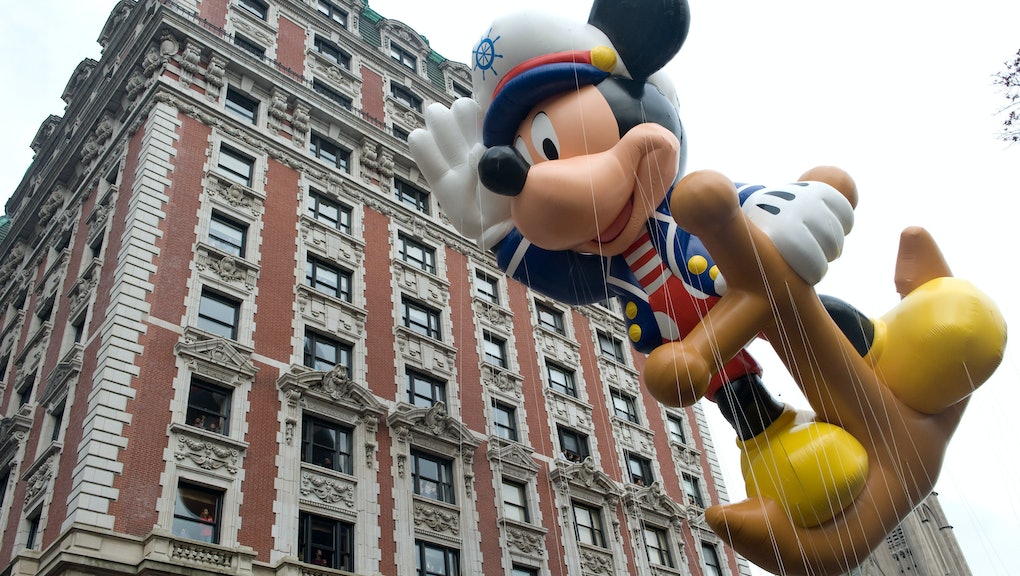 Did you know Walt Disney World had a no-fly zone? Well, they fought for it. Now, they're finding it's a pain in Mickey's ass.

The designation typically reserved for august locales like the White House and Congress has been in force over the Magic Kingdom since 2003, the year Disney won a special concession from the U.S. government to provide the invisible cloak in a provision of a $397.4 billion spending bill. At the time, and since then, the park touted the measure as a necessary precaution against air terrorism.

"We believe the airspace restrictions over large gathering places like sports stadiums and our theme parks continue to make sense for enhancing public safety," a Disney spokesman told Fox News in 2014.

But now, the House of Mouse is looking for another special exception. In addition to being the only theme park in the United States with a no-fly zone, Disney is now also petitioning the government for an exception to their exception by allowing the park to fly drones over their airspace. Of course, the drones would only be Disney drones — no others would be permitted and the rest of the no-fly zone for everyone else would remain intact.

According to the Washington Post, the new plan by Disney calls for up to 50 drones that could be flown above the park by Disney during evening firework shows. The park is claiming that the exemption is safe because the drones would be small, and traveling at low altitude and speed.

Others claimed that the double exception was a bridge too far.

"It was controversial that [Disney was] able to get those put in place in the first instance," Enrico Schaefer, a drone litigation lawyer at Traverse Legal, told the Post. "Now for them to come back to ask for the exemption to fly within these areas that are restricted, it just seems like salt in the wounds to a lot of other folks in the aviation community."

For Schaefer and others, the no-fly zone never had to do with terrorism but was rather an attempt by Disney to protect the skies over their park from advertisers. The Family Policy Network, a Christian advocacy group, tried to sue the park in 2003 in order to be allowed to fly anti-gay messages to protest Disney Gay Days. The suit was dismissed.

Meanwhile, aside from everyday thrills on the infamous Tower of Terror, the theme park has never experienced a terror attack of note.

A spokesperson for the company was unavailable for comment Friday afternoon.