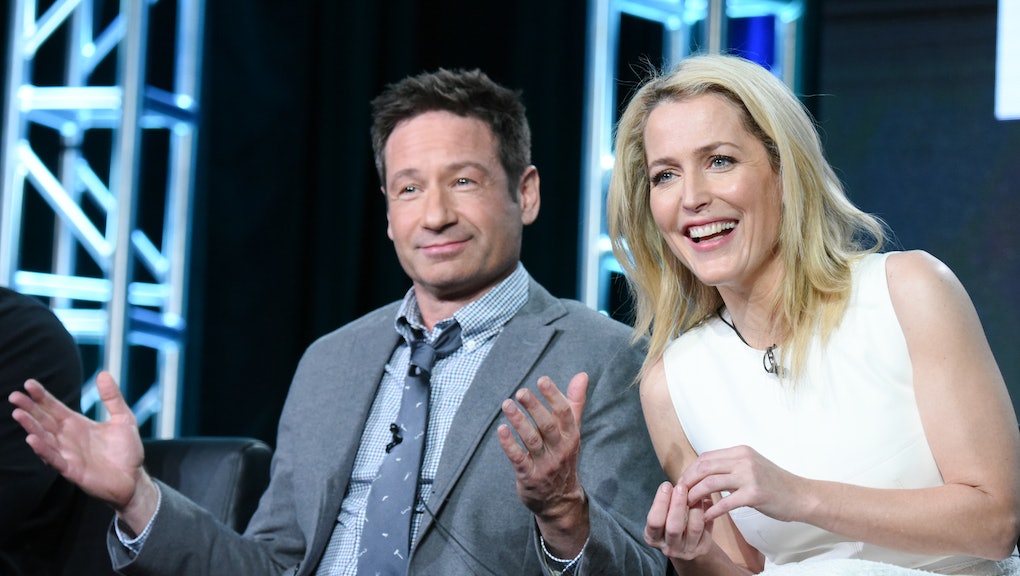 'The X-Files' Season 10: Full Preview, Plot Details and How to Watch Online

Back in March, Fox sparked excitement among sci-fi fans when the network announced that it would be bringing back the cult-classic '90s alien investigation series The X-Files after more than a decade off the air.

Now, the day is finally here — the first episode of the brand new, six-part X-Files miniseries airs this Sunday, Jan 24, at 10 p.m. EST, followed by a second night of the premiere on Monday, Jan 25 at 9 p.m. EST.

The revival of the series, which premiered in 1993 and ran for nine seasons, will feature stars David Duchovny and Gillian Anderson in their starring roles as FBI agents Fox Mulder and Dana Scully. Throughout the series' run, Mulder and Scully's sexual tension and "will they, won't they" dynamic was one of the reasons fans tuned in week after week.

In the 2008 feature film, The X-Files: I Want to Believe, it was revealed that the characters were together, but, sadly for Mulder-Scully shippers, X-Files creator Chris Carter suggested in a promo-video for the upcoming miniseries that that is no longer the case.

"When we come back to them in the new series, we will have been honest to their relationship previously, but we now find them in another state," Carter said. "Seven or eight years have elapsed. Time has been difficult for their relationship."

The new revival will include some classic characters from the original series, including the Smoking Man, played William B. Davis. Guest stars who will appear in the upcoming miniseries include Joel McHale, Lauren Ambrose, Rhys Darby and Kumail Nanjiani.