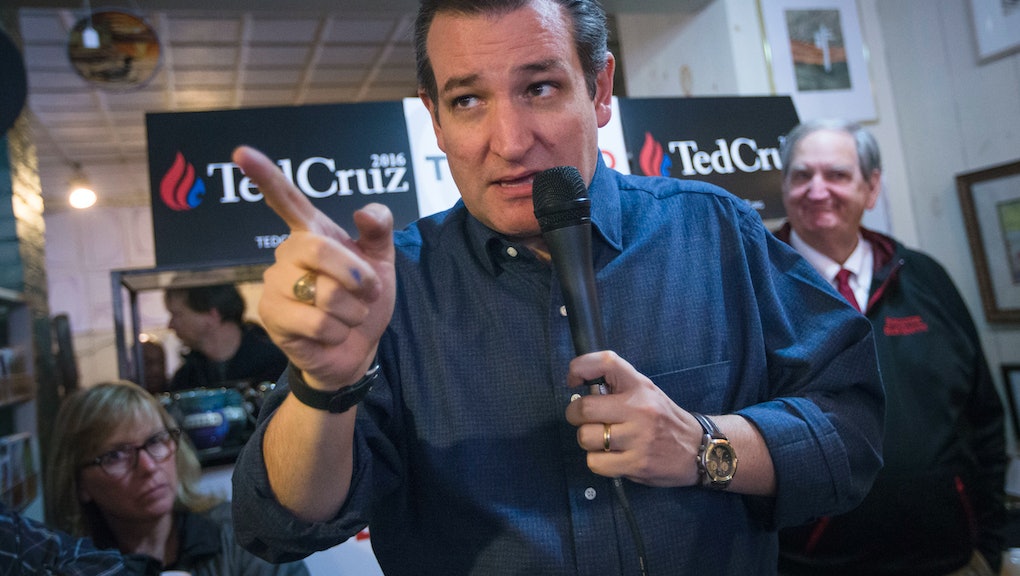 According to presidential candidate and Texas Sen. Ted Cruz, there's one thing that more important to him than the country he's running to lead: his God.

"I'll tell ya, there are a whole lot of people in this country that feel exactly the same way," he added.

By proclaiming himself a Christian first and an American second, Cruz is professing higher loyalties than the United States — odd for a candidate who has repeatedly accused Muslims of doing much the same thing.

Cruz has avoided some of the most hot-headed Islamophobic rhetoric to come out of fellow candidates, such as Trump. But he's been careful to frame Islam as an existential threat to the Western world, and Muslims as of mixed loyalty and a pool of potential terrorists.

With anti-Muslim sentiment in the country at disturbing highs, as well as anti-Muslim hate crimes on the rise, it's hard to imagine a prominent follower of that faith proclaiming themselves a Muslim first and and American second without being labeled an extremist and third columnist. It's only due to the enormous privilege Christians in the U.S. have historically enjoyed, as well as Christianity's major (if waning) influence on partisan politics, that Cruz will likely escape similar accusations.

More generally, the remark also indicates that Cruz has mostly given up the pretense of considering his non-Christian fellow citizens equal partners in the American project. That might make sense for his campaign, which needs evangelicals to beat Trump. But it's going to make life harder for him in a theoretical general election campaign, where Cruz will have to explain why his faith is more important to him than many of the Americans who he will need to vote him into office.