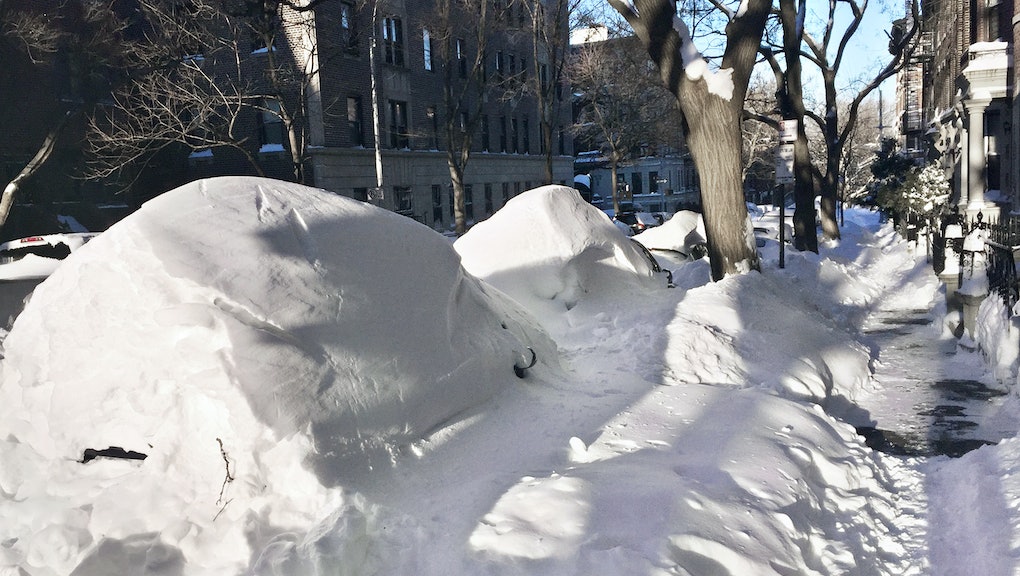 Because when else are you ever going to get to snowboard the slopes of Manhattan's streets?

Winter Storm Jonas shut down New York City on Saturday, blanketing the city in over two feet of snow. After 2:30 p.m. Eastern, all non-emergency vehicles were banished from the streets by order of Mayor Bill de Blasio. But the lure of so many mostly open thoroughfares proved too much for some winter sports enthusiasts to resist: New Yorkers Casey Neistat and Oscar Boyson got out their boards and hit the streets, towed behind a Jeep and taking care to capture it on video, which they posted to YouTube on Sunday morning.

The stunt flew in the face of de Blasio's statement that the ban was imperative to the city's safety during the blizzard, and that it would be enforced by the New York Police Department.

"Recognize that this is a storm that's packing a lot of punch and is continuing very forcefully, and will do so into the evening," de Blasio said Saturday at a press conference. "So that just emphasizes how important it is to get out of the way of our sanitation workers and let them do their jobs. I'll say again, a travel ban is in effect. The NYPD will enforce the travel ban. It's very important that people clear the roads so sanitation can do its work, and get the city back on its feet over the next day or two.

"No one wants to have to arrest people, but the NYPD will take any measures necessary to keep our roads clear in the middle of this emergency.

And yet, as the video — entitled "SNOWBOARDING WITH THE NYPD" — demonstrates, some police officers were feeling charitable and let the men go without even a warning. Two officers pull up behind the urban snowboarders, flashing their lights and sounding their sirens.

"Yes, officer?" one of the boarders asks through the police car's open window.

"Someone complained about you," the officer says, "so we're just gonna act like we're talkin' to ya, alright?"