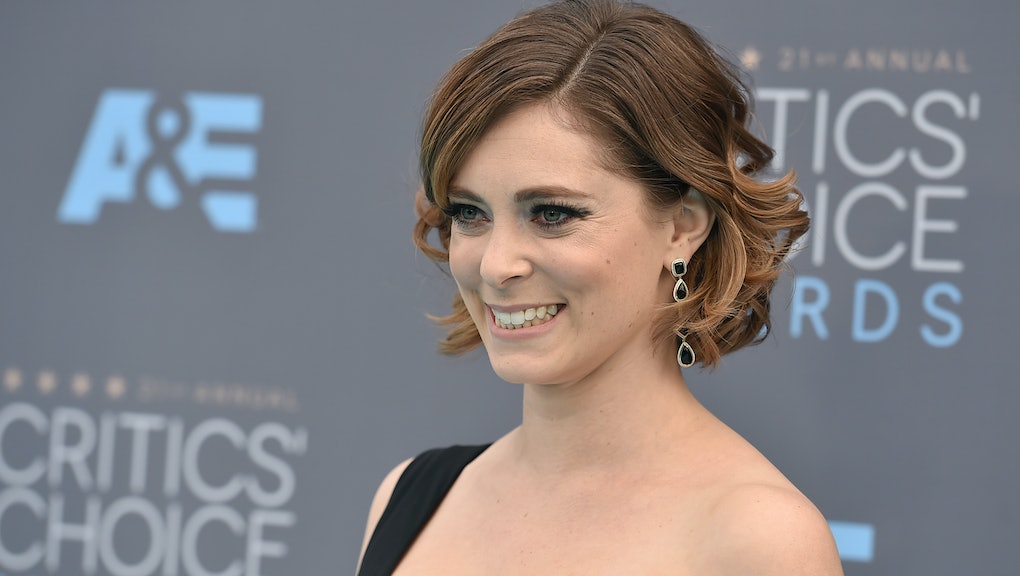 10 Years After Its Creation, the CW Is the Best Network for Risky, Exciting Programming

After a brief winter hiatus, Crazy Ex-Girlfriend returned Monday night to the CW. The network's bright, brilliant, feminist musical comedy had quite the break, earning star and creator Rachel Bloom best actress awards at both the Golden Globes and the Critics Choice awards. The Globes speech was delightfully manic. Bloom was bursting with excitement. Her Critics Choice speech was more measured, but included a key line.

"The modern musical is an American invention," she said. "And I am so happy to say the musical is alive and well, and one of the places it lives is on the CW."

Imagine that. Ten years ago, on Jan. 24, 2006, the CW was born of a merger between two networks: the WB and UPN. Its programming was a hodgepodge of shows from the mostly dissimilar networks. Ratings were rough. The CW wasn't so much a defined brand as it was the result of compromise.

Now, it is not only the single most ambitious, exciting TV network, it can keep pace with most of the cable channels and streaming services. In a decade, it's transformed itself from aimless and awkward to a creative giant worthy of awards.

Looking at the CW's current lineup, it's easy to see how they've slowly become a powerhouse. They've defined three clear wheelhouses for themselves — and with the end of America's Next Top Model, they've solidified their strategy for years to come.

In 2014, the CW turned an adaptation of a telenovela into one of TV's most inventive, entertaining hits. Jane the Virgin, starring Gina Rodriguez as a woman who's never had sex and is accidentally artificially inseminated, earned critical plaudits, as well as the CW's first Golden Globe ever. Rodriguez's award-winning turn immediately branded the actress as the network's biggest star, and gave the CW an all-new dimension.

So when it came time to find a timeslot companion for Jane the Virgin in 2015, the CW didn't look for something exactly like it. It didn't even look at its own pilots. It looked at Showtime's, and found a recently gutted offering that looked appealing. Crazy Ex-Girlfriend, starring former YouTuber Bloom as a New Yorker who follows an ex-boyfriend to his home in West Covina, California. The show flipped a tired premise into something powerful and smart through the sheer force of innovation and incredibly charming talent.

Delightfully, it would seem as if the two shows' casts and crews are friendly, if a party they threw together Monday is any indication:

This relationship is a good sign as to the kind of creative environment the network creates. There's no competition between Jane the Virgin and Crazy Ex-Girlfriend to be the one quirky, experimental show about a female protagonist. These shows are partners, and they make Monday nights on the CW one of the smartest blocks of programming on any night or channel.

The 100, The Vampire Diaries and The Originals all serve a crucial role in the CW's health — they keep the genre fanbase invested and excited. These shows, with 13 seasons among them, all fall into fairly narrow categories. The Vampire Diaries and The Originals, which exist in the same canon, are fantasy; The 100 is a post-apocalyptic tale. These shows charm the younger audience that makes up the network's core. Even as the CW looks to grow beyond young viewers, shows like these keep them around.

Nothing is a better example of this than Supernatural, which is the CW's version of American Idol or NCIS. Now in its 11th season, Supernatural stars Jensen Ackles and former WB boy Jared Padalecki (who was on Gilmore Girls right before switching to Supernatural) as brothers fighting the, well, supernatural.

Eleven seasons in, Supernatural isn't reinventing the wheel anymore. But it is keeping a core fanbase happy, and that's vital for a network trying to experiment with shows like Jane the Virgin and Crazy Ex-Girlfriend. If you don't have your core viewership locked, every experiment may look like too much of a risk.

Should the supernatural and genre shows ever go out of fashion, the CW is lucky enough to have a backup stable of shows in the form of Arrow, The Flash and DC's Legends of Tomorrow. While Netflix has the Marvel roster (Daredevil, Jessica Jones) and other networks have a rare one-off comic book show (ABC's Agent Carter, CBS' Supergirl), the CW owns DC's television stable. DC's Legends of Tomorrow is the new kid on the block, serving as something of an Avengers-lite, while Arrow is one of the network's longest-running series.

Most interesting, however, is The Flash, which worked with Jane the Virgin last year to rehabilitate the CW's reputation. The Flash is perhaps TV's best superhero show, and easily its most exuberant.

That, above all else, is what characterizes the CW's current brand: exciting. The old hits aren't staid or quiet, but fast-paced and fun. The new shows experiment and play with form. This is a network that has finally figured out what it wants to be, and viewers are all the better for it.