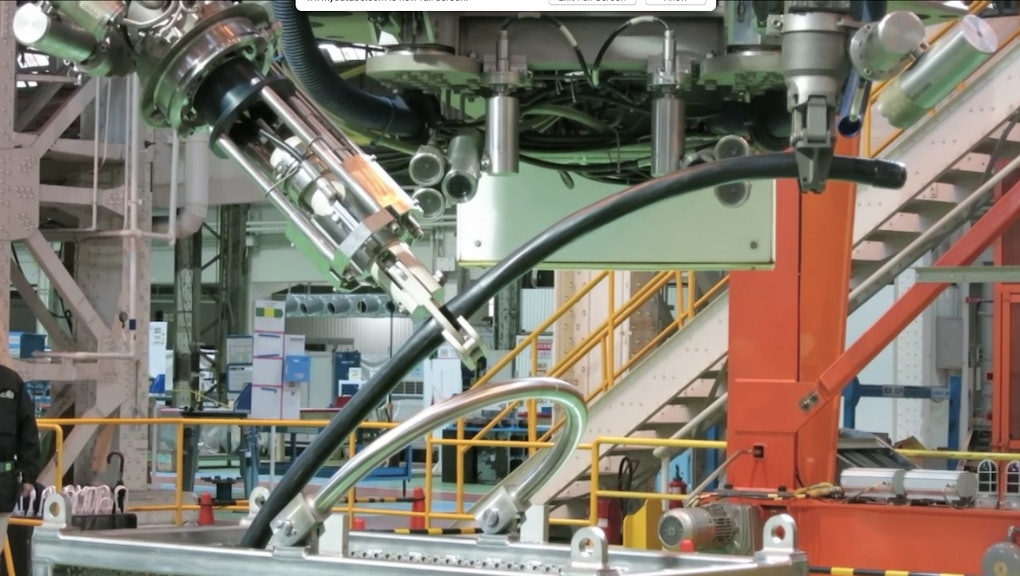 This Japanese Robot Will Save Nuclear Plant Workers From Radioactive Materials

Toshiba Corporation is working on a robot that will remove radioactive nuclear fuel rods from the nuclear reactor cooling pool that was damaged during a 2011 earthquake and tsunami.

The natural disaster badly damaged reactor 3 at the Fukushima Daiichi nuclear plant, spilling radioactive material into the area, reports the Japan Times. The meltdown means the building is too radioactive for workers to enter.

Fuel rods are filled with uranium that's been pressed into pellets, according to an explanation by NPR. Once those rods are spent they need to be taken out of the reactor and moved to cooling ponds. After the rods have come down in temperature and become less radioactive, they need to be disposed.

Typically, workers help remove these rods from their cooling pools and then ship them off to another plant to be reprocessed, according to NPR. However, reactor building No. 3 has been deemed too radioactive for humans. To dispose of the tubes, the site needed robotic help.

The Toshiba robot is designed to pull rods from the water, cut them up and pull other debris from the cooling pool.

The Tokyo Electric Power Company has worked with robots to help remove rods from other reactors in the past, although workers have always been on hand to monitor the process. Last year, the electric company used a robot to dispose of 1,535 rods from reactor building No. 4. But that reactor had already been shut off and defueled in 2011, making it safe enough for workers to be present for the removal process, the Japan Times reported. The problem with removing rods from the reactor 3 building is that if something goes wrong with Toshiba's robot, humans won't be able to get to the area to make repairs.

Despite these concerns, Tokyo Electric Power Company is slated to start removing the spent fuel rods from the reactor No. 3 building in 2017.