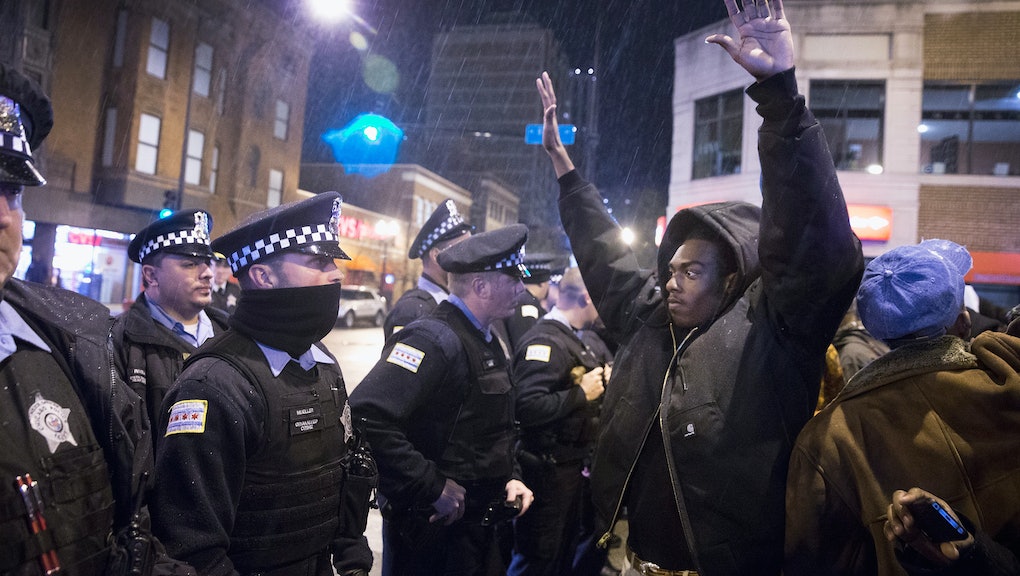 Chicago Is Taking a Significant Step in Reforming Its Police Department

As Chicago struggles to course-correct in the wake of the release of a video showing a police officer fatally shooting a black teenager, a familiar face has re-entered the fray to help bring some calm and innovation to the city.

Charles Ramsey, who once rose through the ranks of Chicago's police department but was passed over for the position of police superintendent twice, has rejoined the department as an adviser to "help guide civil rights reforms," the Chicago Tribune reports.

Ramsey, a Chicago native, recently retired from the position of police commissioner in Philadelphia, and previously served as police chief in Washington, D.C. He's widely respected in the law enforcement world and has a reputation for being an advocate for accountability. According to the New York Times, Ramsey has "invited" federal reviews of police departments in both Washington and Philadelphia.

Ramsey was picked to co-chair President Barack Obama's Task Force on 21st Century Policing, formed in the aftermath of a spate of high-profile police killings and protests that began in the summer of 2014. That group's final report in May recommended, among other things, moving oversight of police misconduct to independent observers outside of police departments and local prosecutors' offices, establishing better channels of communication between police departments and communities and shifting away from discriminatory profiling practices.

His role: Ramsey's new consulting position could help bring some hope of reform in Chicago, which is currently under federal investigation to determine whether the police department has been engaged in a pattern of constitutional violations in its use of force against racial minorities and its failure to curb discrimination.

Since the release of the graphic video two months ago showing a police officer gunning down Laquan McDonald, protesters have called for the resignation of the city's Democratic Mayor Rahm Emanuel. There is substantial evidence that the mayor and other city authorities went to great lengths to suppress the video release out of political expediency.

Ramsey's voice in the reform process in Chicago could help shift momentum on the ground, but several items in his police record raise questions about what kind of reformer he will be. Ramsey in the past has indicated that he subscribes to the broken windows theory of policing, a model of law enforcement that calls for aggressive enforcement of quality-of-life infractions and is grounded in questionable social science. Under Ramsey's watch in Philadelphia, the city employed stop-and-frisk techniques, a practice that involves searching people deemed suspicious on the street at the discretion of police officers. In New York City, stop-and-frisk was struck down in 2013 for violating the constitutional rights of minorities in the city.

Ramsey has a mixed record, but the winds are blowing in one direction in his hometown. There is a clear mandate in Chicago for more progressive practices to build trust between police departments and the communities they're supposed to protect. Whether Ramsey can meet those demands is an open question.