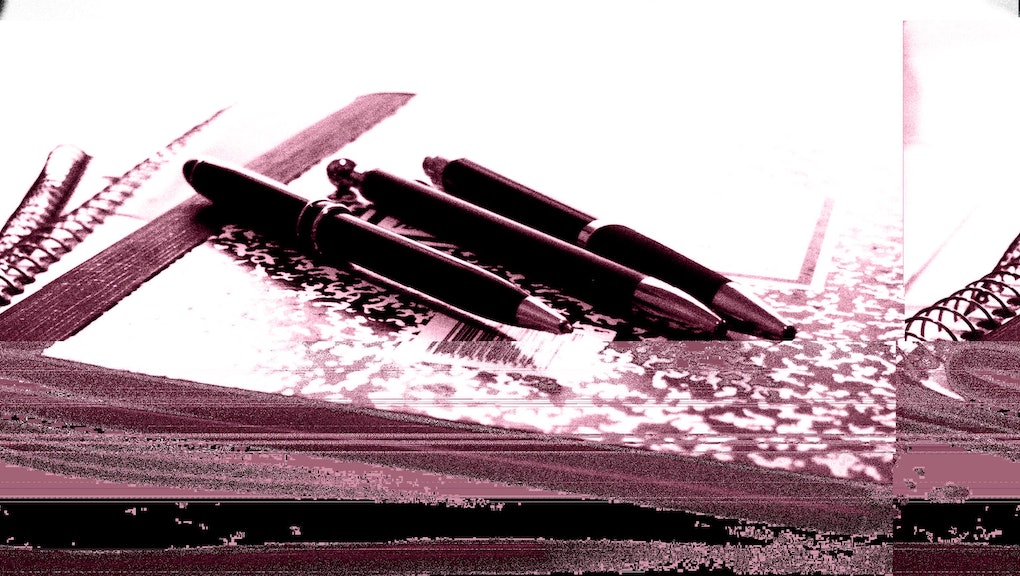 There is a deep, secret internet hidden away from the rest of us. You might have heard of its activists, drug dealers, activists, secret markets and safe spaces. But did you know that the Dark Web — a collection of publicly accessible websites that require special tools to view — has an alt-lit scene now?

The first literary magazine exclusive to the Dark Web is called the Torist, named for the browser you'll need to find it. The first issue, released Saturday, contains flash fiction, sci-fi, poems and essays, including one about online fraud and a subculture of scammers who scam other scammers.

Torist co-editor Robert Gehl, of the University of Utah, described his publication to Mic as "an experiment that brings together anonymity, encryption, literature and creativity." As an ensemble, the Torist reads like an artist's response to the classic 2600: The Hacker Quarterly.

Why publish on the Dark Web? Politicians and the media have a tendency to portray the Dark Web as a place for criminals and terrorists, and the Torist was created to subvert that narrative.

Pseudonymous founder "G.M.H." told Mic that the Torist was inspired by a defunct Dark Web social network called Galaxy. Galaxy was meant to be a haven for those who wanted a social media hub free from ubiquitous monitoring and invasive, algorithmic advertising. When it collapsed, Torist editors were forced to use regular social networks to find writers.

"In trying to draw attention to our alternative way of disseminating our materials, we turned to the very social media we were rebelling against in the first place," the editors wrote in the inaugural issue. "Like the old Galaxy, the Torist might be ... a home for a community misplaced by constant monitoring, monetization and misrepresentation."

Copy this journal: For now, you can only find the first issue of the Torist on the Dark Web. But once you find it, you can do what you like with it. The lit mag is published under a Creative Commons license, which allows you to copy and reproduce its contents as long as you credit the producers.

"I agree with [academic and attorney Lawrence Lessig] that we live in a 'culture of permission' where we feel we must ask permission to engage with cultural products," Gehl told Mic. "CC is a way to grant permission from the get-go, to allow others to build on or adapt the cultural objects they see around them. For the Torist, we're hoping this means that people will share the PDF, that it won't remain on the Dark Web."

Eventually, the Torist team will make their first issue available somewhere on the open web, where anyone can download it. But if you can't wait and have the Tor browser, you can download the entire first issue here.