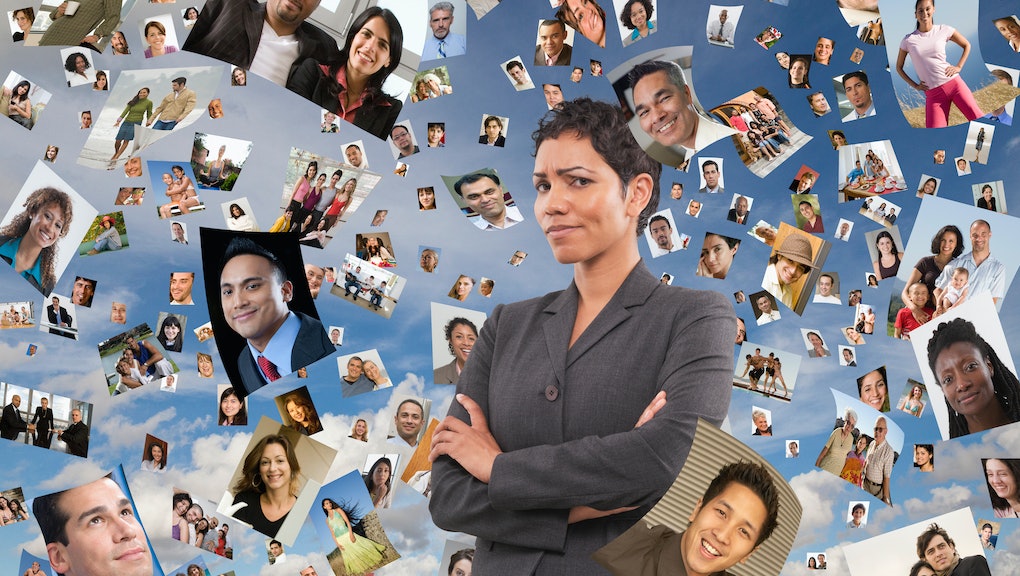 Only 5 of Your Facebook Friends Give a Crap About You, Says Science

Do you suffer from friend envy? Friendvy? Does the sight of former classmates and frenemies with thousands upon thousands of Facebook friends fill you with jealous rage, or perhaps feelings of inadequacy?

If so, science has good news: Apparently, those friends are all fake. All except five.

According to a recent study published in Royal Society Open Science by Oxford University professor Robin Dunbar, only about 15 of your Facebook friends are actually friends, while just five would be labeled close friends. Statistically speaking, any "friends" beyond this number would not experience genuine feelings of sympathy or support in moments of crisis.

"There is a cognitive constraint on the size of social networks that even the communication advantages of online media are unable to overcome," Dunbar wrote. "In practical terms, it may reflect the fact that real (as opposed to casual) relationships require at least occasional face-to-face interaction to maintain them."

Dunbar first came to prominence with Dunbar's number, a finding that claimed a normal human could only reasonably have 150 friends at any given time. The evolutionary psychology professor wanted to test whether the use of social networks could expand that figure. In fact, the study found that while genuine friendship could be aided with likes and pokes, they would die all the same without old fashioned human contact.

"Friendships, in particular, have a natural decay rate in the absence of contact, and social media may well function to slow down the rate of decay," Dunbar writes in the new study. "However, that alone may not be sufficient to prevent friendships eventually dying naturally if they are not occasionally reinforced by face-to-face interaction."

Of course, recent years have seen a slew of studies suggesting everyone could use a little less Facebook FOMO and a little more real life. A study by Denmark's Happiness Research Institute found that quitting the social network for good was associated with increased happiness and enthusiasm and a reduction in things like depression, anger and loneliness. After a week without Facebook, participants in the HRI study reported 55% less stress than those who continued with normal use.

"Facebook distorts our perception of reality and of what other people's lives really look like," HRI chief Meik Wiking told a Danish news website. "We take into account how we're doing in life through comparisons to everyone else, and since most people only post positive things on Facebook, that gives us a very biased perception of reality."

So what should you do? First, share this article on Facebook. Then sign off Facebook go to your real-life best friend's home, ring the real-life doorbell and give them a real-life hug. You'll both be better for it. And maybe you'll save a friendship.