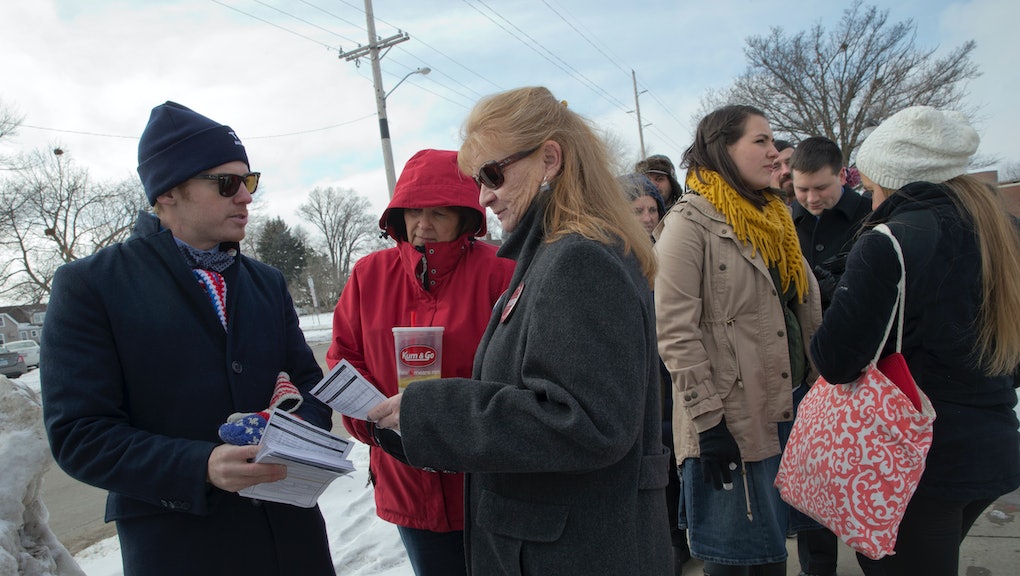 What Is the Iowa Caucus? Frequently Asked Questions Answered

The 2016 Iowa caucuses are slated for Feb. 1, and with just a week to go, they seem to be the only thing anyone is talking about. The state secured its first-in-the-nation voting right in 1972, and while its population isn't huge, winning the state can be a valuable boon to candidates going into primary season. This is why Donald Trump is holing up in motel rooms and attending Sunday service, why the normally civil Democratic candidates Hillary Clinton and Bernie Sanders are taking off the gloves and why the nation's eyes are glued to the polls.

But the Iowa caucus itself doesn't run on the most intuitive rules. Heading into 2016's first big political contest, here are the most frequently asked Iowa caucus questions, explained.

How is the Iowa caucus different from a primary?  In a normal primary, people go to their local voting precinct and cast their ballots as they would in a general election. A candidate receives delegates to the national convention in proportion to the number of votes they receive. In a caucus, people gather at designated local sites and declare their support for their preferred candidate. Delegates are again assigned proportionally, the key difference being that the whole voting process happens out in the open, and in the Democrats' case, with caucus attendees given the chance to influence one another.

In Iowa, caucus sites often pool multiple precincts together — usually at a municipal building or a venue large enough to hold a sizable crowd, but occasionally at a private home. Republicans have 900 caucus sites and Democrats have around 1,100, according to the Associated Press.

How do Republicans in Iowa caucus? "A Republican caucus is odd but simple, a peanut-butter-and-tuna-fish combination of a normal election and a PTA meeting," David Weigel wrote for the Washington Post. Voters head to their designated caucus site for their precinct and settle in for speeches by the candidates' precinct captains or even from the candidates themselves. Attendees then pick their candidate and record their name on a piece of paper in a secret ballot, which is collected, counted and reported to the GOP's Iowa headquarters.

How do Democrats in Iowa caucus? The Democratic process is more complex than that of the GOP. As Ben Jacobs recently explained in the Guardian, it's reminiscent of a small-scale electoral college in its procedure. Each voting precinct is allocated a number of caucus delegates proportionate to its Democratic voter turnout during the two previous elections. Those delegates, in turn, are assigned to a Democratic candidate in proportion to the support that candidate received in the caucus.

The way each candidate's support is calculated is a little wonky as well. When Democratic Iowans show up to their caucus site, they are divided into groups: On Monday Clinton supporters will gather in one part of the room, Sanders supporters will congregate in another and O'Malley supporters will huddle in another. Then the candidate groups are counted. Generally, each of the presidential hopefuls needs at least 15% of the precinct's support to be eligible for delegate representation.

This is where things get interesting. As Jacobs reported, low-membership groups can try to sway people away from other candidates and toward their own. If they don't bring over the balance required to meet 15%, those voters can either head home or join another candidate group. Backing for each candidate is once again tallied, with each presidential hopeful assigned delegates to the county conventions based on their performance at the precinct level.