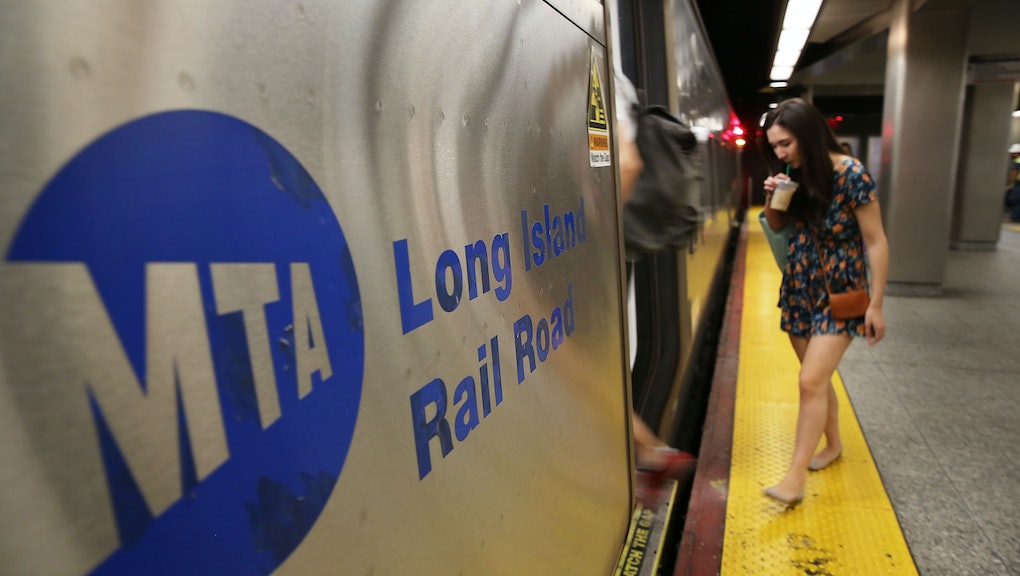 During the weekend, snowstorm Jonas buried much of the eastern seaboard causing inclement conditions, flight cancellations, and travel bans — notably in New York City, where the volume of snowfall nearly hit a historic high. According to ABC7, the storm also caused closures along the Long Island Railroad, in addition to Metro North closures, which began at 4 p.m. Eastern on Saturday. According to the network, partial service had been reinstated by Monday, however delays and increased crowds persisted.

According to the network, the lines that remain inoperable include Port Washington, Far Rockaway, Hempstead, Long Beach and West Hempstead, in addition to all routes east of Speonk on the Montauk line. Meanwhile, Babylon, Ronkonkoma and Huntington lines are all running on local routes.

"LIRR Train service remains suspended on the Port Washington, Far Rockaway, Hempstead, Long Beach and West Hempstead branches, and east of Speonk on the Montauk Branch due to the on-going effects of this weekend's blizzard," reads a statement from the MTA. "There will also be no service between Jamaica Station and Atlantic Terminal. Instead, LIRR tickets will be cross-honored by New York City Transit on the '2' and '3' trains between Brooklyn and Penn Station."

"We advise customers if at all possible to remain at home and avoid travel as clean up efforts continue."

Though traveling by car and by train were on track to recommence Monday, hazards remain. With snow removal efforts well underway, the massive storm had already caused the death of at least 36 people up and down the east coast, the Associated Press reported. In a tweet, New York City mayor Bill de Blasio cautioned New Yorkers to take be diligent about safety if operating a vehicle in the city.

Winter storm Jonas was on par with meteorologist's predictions, which estimated near-historic snowfalls along the east coast, particularly in Washington, D.C. and in New York City. According to the Weather Channel, the storm system dumped 26.8 inches of snow on Central Park, which is the second largest snowfall recorded there since 1869.

Despite ongoing hazards and continued transportation disruptions, the storm brought with it about as much joy as it did botheration. Here's a roundup of how many Americans experienced the weekend's extreme weather.