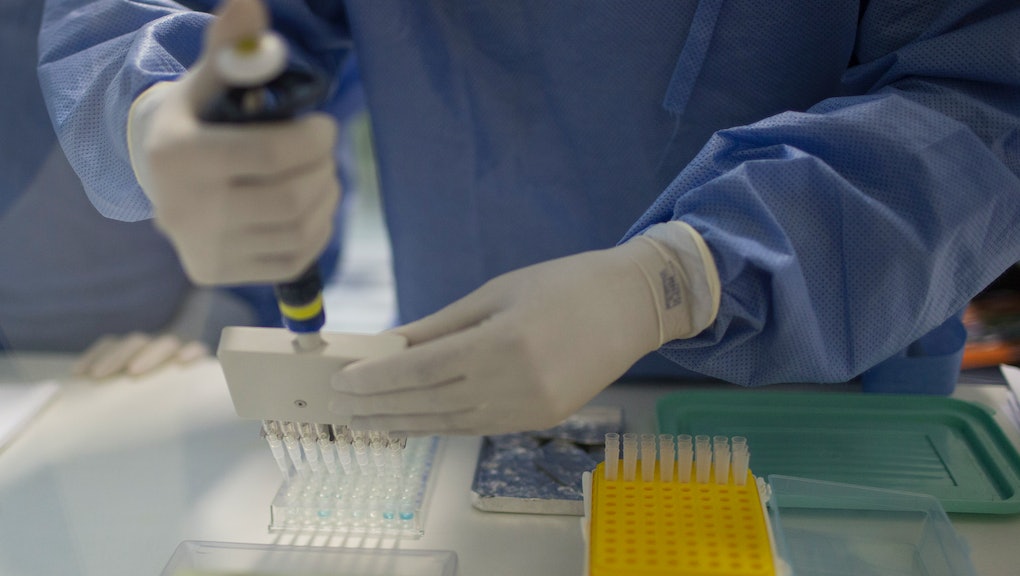 Is There a Zika Virus Vaccine? Here's Everything We Know

Health officials have identified Zika virus, an illness transmitted by mosquitos, in 21 countries so far and experts believe it will only continue to spread. Currently, there's no vaccine to prevent the virus, nor is there a cure.

The question now is how soon medical experts will be able to combat Zika virus, which is suspected to be linked to microcephaly, aka underdeveloped brains, in infants. The race is on to find a vaccine for the virus, although the process of developing and testing a reliable vaccine "normally takes years and costs hundreds of millions of dollars," reports the New York Times.

However the Instituto Butantan, a Brazil-based research center, announced plans to develop a Zika vaccine "in record time," reports the Associated Press, which, in the world of medical research, still means "three to five years."

The Centers for Disease Control and Prevention has issued a series of travel alerts for residents who may be visiting the affected countries, with special warnings for pregnant women — including a suggestion to postpone "travel to any area where Zika virus transmission is ongoing."

In several countries where Zika virus has been identified, governments have suggested that women delay their pregnancies until more progress has been made in understanding the connection between Zika virus and birth defects, a suggestion that was met with criticism from many.

"It's incredibly naive for a government to ask women to postpone getting pregnant in a context such as Colombia, where more than 50% of pregnancies are unplanned and across the region where sexual violence is prevalent," Monica Roa, a member of the women's rights group Women's Link Worldwide, told the BBC.

Symptoms of Zika virus may include "mild fever, skin rash (exanthema) and conjunctivitis," according to the World Health Organization. Because there is currently no cure, the WHO recommends that people who contract Zika virus "should get plenty of rest, drink enough fluids, and treat pain and fever with common medicines."