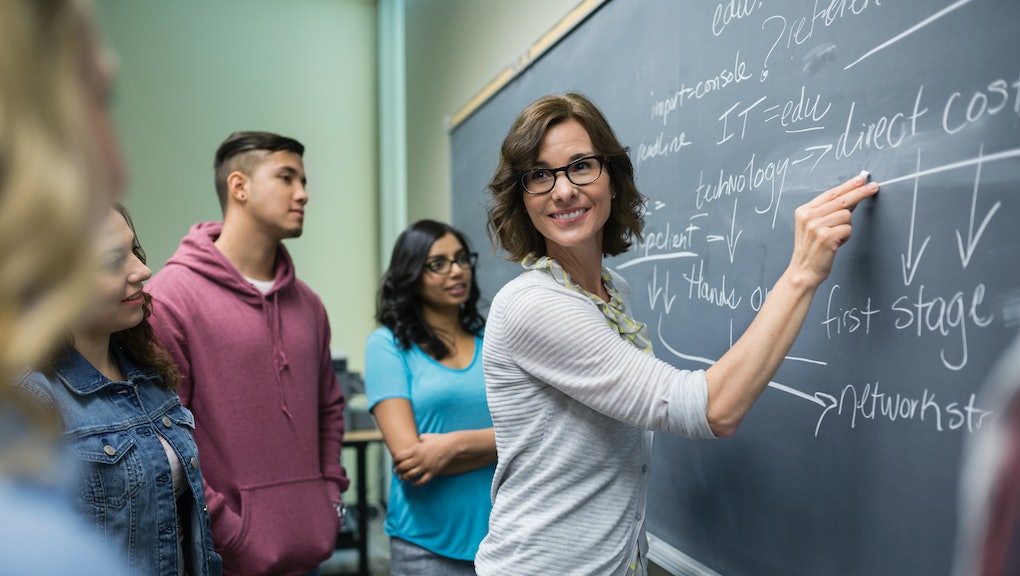 After a semester of pop quizzes, all-nighters and 12-page research papers, college students have only one card to play against their professors: the course evaluation. While students may think they're dealing evenly, a new study shows most are harder on their female instructors.

French economist Anne Boring led the study which resulted in two sets of results: one for French students and another for American students. According to NPR, male French students gave their male professors higher ratings overall after being randomly assigned male and female instructors across a range of different courses.

In the study with American students, Boring and her colleagues built in an extra control: Students would never meet their professor. Instead, they took an online course in which they were only told their instructor's name. Half of the male professors who participated in the study were given female names.

At the end of the semester, this time it was female students who exposed their bias, rating the professors who they believed to be male more highly. NPR noted that this partiality still held true when course evaluations prompted students to answer (seemingly) objective questions about whether or not professors returned assignments on time.

In March, Pacific Standard wrote a story about an interactive chart, titled Gendered Language in Teacher Reviews, that measures bias in words. Northeastern University assistant professor Benjamin Schmidt developed the program, using approximately 14 million reviews from RateMyProfessor.com. Given a word, the chart will show how frequently it appears in reviews for men and women and how they skew across a range of departments. On the website, Schmidt pointed out that "not all words have gender splits, but a surprising number do."

According to the Standard, one of the most noticeable disparities occurs when male professors are called "geniuses," "brilliant" or "funny," while their female counterparts are stuck with negative adjectives like "bossy," "mean" and "pushy."

As Boring and her colleagues opened their recent study, with a quote from Gloria Steinem, "The truth will set you free, but first it will piss you off."